When people ask about the top 5 iPhone apps for business, much confusion exists over which actually are the bests apps suited for business that are available for the iOS platform. Apps, tend to fall into two different categories of classification: paid apps, and free apps. What are paid apps and free apps? That question is fairly self explanatory, but gauging the paid apps is important because people are handing over their hard earned money for software, while free apps though quality may vary greatly, only cost the inconvenience if they aren’t helpful.

In the app store, the business apps are divided up into two categories, top free, and top paid apps, which seems appropriate. However, how the apps actually score is not really specified. Do they score based upon how many are sold, or the average rating? Assuming that the apps are compared based upon numbers purchased, as the “top paid apps” seem to follow no particular pattern in ratings. Under the “top paid” section of business apps, the first five to appear are “TurboScan” by Pixoft, “cPro craigslist Client” by Escargot Studios, LLC, “iSchedule” by Hot Schedules, “SayHi Translate” by SayHi, and “Voice Actions” by pannous. All of these apps seem to score highly as a function of ratings, with the exception of “iSchedule,” receiving only 3 stars with 23 total ratings, and “Voice Actions,” receiving 1 star with only 19 ratings. Why people would continue to buy an app that only receives such a low rating consistently is unknown, but again some would argue a sample size of 19 ratings is too low. 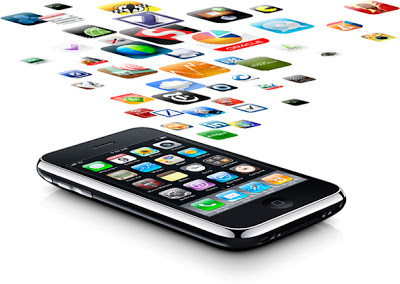 The top free app section consists of many apps one wouldn’t necessarily classify as “business.” Regardless, here are the top 5, “Craigslist Mobile” by escargot studios, “Adobe Reader” by Adobe Systems incorporated, “Job Search” by Indeed, “Square Card Reader” by Square, Inc,and “Facebook Pages Manager” by Facebook, Inc. All of these apps seem to fare well in the ratings system, with “Facebook Pages Manager” as the only free app with less than 3.5 stars (2 to be exact) and 272 ratings. As opposed to “iSchedule” and “Voice Actions,” 272 rating is sufficient of a sample size to indicate that it might not be worth the time to download it.

Whenever actually making a purchase, it is imperative that one actually gets what one pays for. Taking the time to read the description and read customer views can result in a satisfying purchase. Which app is the best paid? That would likely have to go to “Turbo Scan” with a rating of 5 stars, and 4409 reviews. “Turbo Scan” boasts the #1 business app in the US and 33 other couintries, because it quickly allows users to scan documents and store them as PDF or JPEG files. Overall, it seems like the #1 buy for a reason.

Free apps are in a class of their own. They don’t cost the user anything aside from the time and bandwidth, and in many cases can be of equal or greater service than equivalent paid apps. One in particular that seems to stick out within the business community is the “Squre Card” app. It allows users to create an account linked to their savings or checking account, and accept payments from credit or debit cards. Not only that, but the company will send the user a portable scanning device free of charge. Not only is the software free, but the hardware is as well. For a modest fee of 2.75%, users can conveniently accept electronic payment from mobile devices.

Ben Lindsey is a writer on smartphone tips and tricks, unlock iphone software and many other tech related topics, both Droid and Apple platforms.

This article is contributed by Ben Lindsey and posted by Rizwan Ahmad Author and founder of cyberockk.com, He is a tech blogger from India and he loves to share his thoughts by writing articles on this site to the different topics related to technology world,

Get Up To Rs. 4,850 Reliance Jio Benefits With Realme 1 Purchase