Cyberockk
Software What Are Some Of The New Features In Dreamweaver CS6?

If you have been a user of previous versions of Adobe’s Dreamweaver, you are probably aware of and familiar with all the amazing features this software application has to offer. However, even if you have been familiarized with this software application and even if you have used previous versions of Dreamweaver on a professional level, a Dreamweaver CS6 tutorial is probably something you should think about, as Dreamweaver CS6 has many different new features. Here, we will discuss some of the new features present in the latest version of Adobe’s Dreamweaver.

Improved FTP Client
Those of you who have used Adobe’s Dreamweaver in the past are well aware of the fact that every version of the program had some problems with the FTP client, and uploading files to Dreamweaver has always been an unnecessary hassle. However, Dreamweaver CS6 boasts a completely rebuilt FTP client, and all the improvements that they have made have created the best Dreamweaver so far.

Adam has been interested in topics such as the Dreamweaver CS6 tutorial, Photoshop CS6 online training, and other software application topics for a long time now, and he has written a lot of blog posts on topics just like these.

Rizwan Ahmad
About the Author:
This article is contributed by Adam and posted by Rizwan Ahmad Author and founder of www.cyberockk.com, He is a tech blogger from India and he loves to share his thoughts by writing articles on this site to the different topics related to technology world, 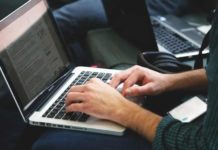