Social networking has become more than a place for sharing pictures and checking in, it’s also a great place for businesses to advertise and network with other businesses. For law firms especially, LinkedIn could put your name in front of potential employees, potential clients, and even potential partners and investors. And while there are new social sites popping up all the time, LinkedIn has remained one of the biggest business networks on the web.

SEE ALSO:
How To Use LinkedIn To Recruit Your Next Employee
5 Ways to Use Social Media to Recruit Employees

As far as professional relations go, there probably isn’t a better site that is dedicated to communication within the business world. However, LinkedIn is nowhere near to having as many bells and whistles as Facebook, Twitter, and even newcomer Pinterest. While it may be the premier site for B2B communication, it is not without it’s flaws. Therefore, I’ll lay out some of the pros and cons of using LinkedIn to help you decide whether or not it’s a worthwhile investment of your law firm’s time, money, and resources.

The Numbers Game
Right off the bat, it’s hard to ignore one of the biggest disadvantages LinkedIn has when compared to some of the social media powerhouses. Currently, there are only some 20 million people using LinkedIn, a vast difference from Facebook’s nearly 250 million users. Clearly, the impact of any efforts on LinkedIn might not have the same effect as they would on other sites simply due to low traffic flow. However, for any law firm, 20 million potential contacts is certainly plenty. Moreover, the numbers don’t matter much when you look at the ultimate purpose for participating in such site.

LinkedIn exists for businesses to share advice and strengthening relationships. With a foundation of 20 million users, it shouldn’t be too hard for your law firm to make some progress in this area. However, if you’re hoping to use LinkedIn’s advertising services, those numbers might all of a sudden start to sound pretty bleak. Your money could be better spent elsewhere where you have a wider and more diverse audience, and a large membership base to begin with.

Devote Time
The success for using sites like LinkedIn may come down to how much time a person is willing to devote to the site. Profiles often need to be built and updated frequently and if the account sits inactive and barren, there will be little to no connection activity going on. To get far on a site like LinkedIn, or any social media platform for that matter, it requires dedication and a commitment to checking in often.

Unfortunately, LinkedIn’s features are not as advanced or intuitive as those you would find on Facebook. This could mean more time upfront while you or another employee learns their way around LinkedIn and understands the best practices for reaching the right kind of people. There is ample amounts of information to be found on such research for Facebook and Twitter, but in order to be as successful with LinkedIn, you’ll have to learn many things on your own.

However, once you’ve established the initial profile page and familiarized yourself with the site and its features, you can slowly start to see what others are doing, what works for your firm, and what doesn’t. By devoting an hour a day to learn and updating LinkedIn, you can get past the initial setup quickly and move on to a maintenance role.

Understand How To Use The Site
While LinkedIn might not be as fully loaded as Facebook, it does offer services and features that other networking sites don’t. Most notably, the referral feature is a popular tool that allows members to request and receive reviews for their skills. This can be a great way to show off your individual skills and that of your employees.

LinkedIn also has a feature called LinkedIn Answers. This special feature allows people to pose questions and then receive answers from either all users or a selective group of their choosing. Your law firm could use this feature to its advantage by answering questions, expressing authority, and communicating with potential customers about medical malpractice, personal injury, or any other field that relates to your practice. By answering these questions, you can also catch the attention of potential clients by demonstrating your expertise.

While there are certain limitations to using LinkedIn, there are benefits that can make your time worthwhile. You might not be able to reach the large fan base other social networks boast, nor do you have nearly as many features to use on your company page, but you will receive tailored features that businesses, professionals, and potential clients can all agree on and enjoy.

After weighing out the pros and cons of LinkedIn, you might realize that participating in the site’s network is a worthwhile investment of your law firm’s resources. It shouldn’t be your only social media channel, but it should at least be one of them.

About the Author:
Written by Pete Wise for Hauptman, O’Brien, Wolf & Lathrop, who are dedicated to serving Nebraska. Check out their site if you’re looking for Lawyers in Nebraska, and if you have the time, check out my facebook page. 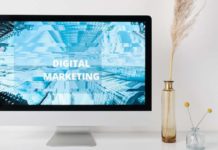