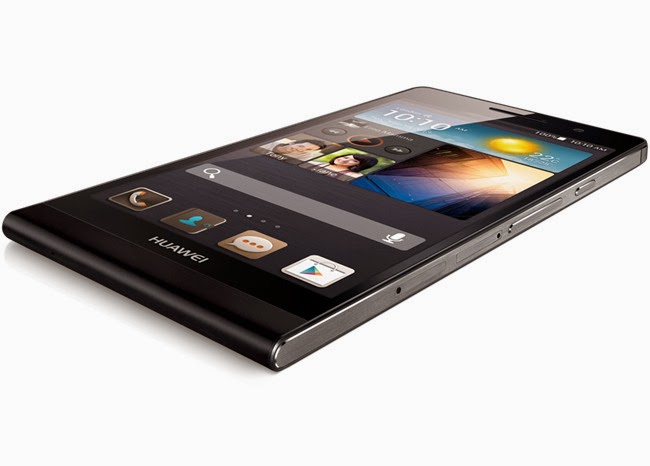 Though apps within the tiny, beautiful Huawei P6 get chucked into one of nine colorful home screens or a folder rather than going into the traditional Droid app drawer, there’s no limit no how many you can have. The user interface that P6 boasts, Emotion 1.6, helps streamline different profiles so that no matter whether you are in a meeting or on the beach, your phone will know to adjust its audio level, display brightness, and specific apps that you might want to see according to where you are.

On the P6’s 4.7 inch screen, applications appear detailed and as close to the Gorilla Glass casing as you could wish for. Among the bounty of choices Android offers us when it comes to bulking up your app collection on the P6, here are a few of the best.

1Weather takes advantage of the good looking display of the Huawei line of phones, and runs with it. Considered the premiere weather app, and with a whopping 70,000 five star reviews on Google Play, 1Weather is Team Android’s dream interface for learning of the atmosphere and possible precipitation. Called “The most beautiful and functional weather app ever,” by many, 1Weather brings real-time updates on temperature, cloud cover and more to your home screen in fine style.

Current weather is animated with clever suns and raindrops, 24-hour, 48-hour and 7-day forecasts are available, and users can even choose two separate locations to display weather information from. Plus the high-res maps and graphics look lovely on the P6 screen. The app is free for download through the Amazon Android store.

Android and Windows Phone 8 users do need to be cautious of certain bug, viruses and malware hiccups that can accompany infected emails, attachments, or downloads. To foolproof your Huawei P6 against attacks from any of these nasty intruders, you’ll want to install Avast Mobile Security and Antivirus software via its free app. If you’re running the app on your phone, your operating system will be virtually impenetrable against hackers, suspicious coding, and malicious mobile business of all kinds.

As a bonus, both lost and stolen phones can be relocated by Avast through its anti-theft phone lock option and web tracking system for misplaced mobiles. The security app has overwhelming customer feedback, and plenty of extras like its built-in app manager. You won’t regret a download of Avast, and it may even end up saving your phone’s life, in the long run.

SEE ALSO: Developing a Mobile App? The 3 Most Fundamental Things You Should Know

The latest redone 3.7 version release of Bump, which works smoothly on both Android and iOS platforms, allows phone owners to share data by quite literally “bumping” their phones into one another through their hands, thereby knocking selected files, contacts, photos, music and apps gently from one into the other. Bump now works with computers, also, so that you can wirelessly sync the data on your Huawei P6 with your laptop as well as with the iPhone or Android of a friend.

The simplistic interface allow to choose photos to bump along to others before connecting with a contact and speedily moving your files along to their compatible phone. This is definitely a one of a kind application that takes full advantageof having a platform as capable and syncable as the Android, as long as your poor skinny Huawei doesn’t get “bumped” about too roughly in the transition.

With the selection of apps for the Android platform being one of the best out there, nothing should hold you back from taking advantage of some of these gems that are optimized for the Huawei P6, so start creating folders within your Emotion user interface and get organizing your own app world.

Rizwan Ahmad
About the Author:
This article is posted by Rizwan Ahmad Author and founder of www.cyberockk.com, He is a tech blogger from India and he loves to share his thoughts by writing articles on this site to the different topics related to technology world,