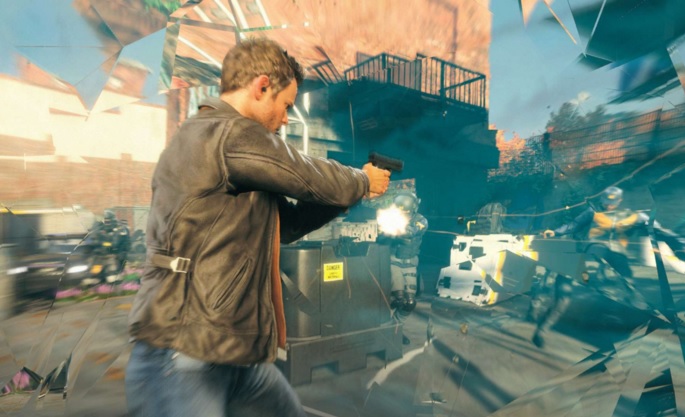 The Game lovers have more than one reason to smile with a variety of games all set to launch tomorrow (5th April 2016) and it includes racing cars, shooting guns, and virtual reality series also.

So, the video game releases in the coming week have a great deal to offer for gamers and there is no need to worry as a whole new crop of big games is ready to absorb all of your free time. Read on to find out about all the games launching the week of April 4, 2016.

The list of games and supporting devices about to be launched are mentioned below :

The excitement worth mentioning is that you can be a part of the show story as the idea is after playing a section of the game, you’ll watch an episode of the show and then lather, rinse, and repeat. Hence, the scenes in the episodes presented to us will be based on the choices. So, this multimedia project could turn out to be a very interesting project.

2. Dirt Rally (Releasing on 5th April 2016 on Xbox one platform)
This game will attract attention from racing game fans as the Dirt Series of racing games is mainly focused on jumps, drifts, and crashes. With Rally, the series has left that behind in favor of ultra-challenging realistic rally racing.

To recall, the Rally Races is about playing the racing game in unfavorable weather conditions and the edge that we have in the new ‘Dirt Rally’ game is that there is a co-pilot in the passenger seat and will assist the main player with directions and will keep warning bout the upcoming dangers on the track. Dirt Rally sounds truly exciting and the reviews of the game are already rolling on.

This is going to be a great gift for the gamers if this technology takes off. HTC Vive, a “room-scale” VR device that offers even more ways to interact with games than the Rift — if you can foot the hefty bill. This thing costs $800, and that’s not including the price of the powerful PC you’ll need to run it.

The VR headset HTC Vive sounds impressive if falls within your budget and comes with a headset, two handheld motion controllers, and two motion sensors you set up in your room so the device can track your whole body.

Well, the features suggest that running the VR device would require a good deal of living space. That’s a lot to ask of gamers, but it promises to be a lot of fun if you have the money and space. For now, we can wait for reviews on launch day.

4. Assasin’s Creed Chronicles (Releasing on 5th April 2016 on PC Vista platform)
This one is a real action-packed experience with swordplay and blood drenched and the dynamic camera adds to the excitement. Chronicles might be just the game to reignite your interest in the Assasin’s Creed series of games.

The Assasin’s Creed Chronicles brings something new for the game lovers and much of the game consists of sticking to the shadows to sneak past patrolling guards, or to kill them if you’re feeling frisky. If you find yourself in a pinch, you can use a number of abilities and items (like smoke bombs) that will help you make a clean getaway. So, prepare yourself for the new killing excitement.

5. Dead Star (Releasing on 5th April 2016 on Play Station 4 PC platform)
This game is fun for people who are fond of multi-player space combating and hence, Dead Star seems to be exciting. The new ‘Dead Star’ is an online game and you can play either with friends or even with strangers while engaging in 10-on-10 battles that center around capturing outposts.

As you play, you can upgrade and customize your ship. However, a point worth mentioning is that PlayStation Plus subscribers should note that this game is free for the month of April (along with five other games), so it’s probably worth downloading if you have any interest at all.

6. Battleborn open beta (Release date between 8th April 2016  to 18th April 2016 on Play Station 4 platform)
Battleborn is a nice game from the makers of Borderlands and it incorporates ideas from MOBA games like Dota 2. Here, we have a large number of different characters to choose from and that means the game features a number of unique characters to choose from, and everyone starts off each match with nothing but your basic loadout.

From there, you can level up and gain abilities as you play. If regular shooters have left you wanting more lately, download the beta and give Battleborn a shot.

Hence, all the information above is indicating really interesting Games and Virtual Reality Devices for Gaming lovers. We expect to see a really exciting future of games after the launch of the above-mentioned games.