Cyberockk
Gaming Gears of War 5, Gears 5 Cover Art Leaked Along With a...

The box art above can be seen featuring Kait holding up the Locust-icon pendant, Marcus Fenix on her right and Myrrah. This is the first cover art that was shared on the game rating site. At the time of writing, we found another covert for the upcoming Gears of War 5 that shows the iconic Gears of War logo, you can see that above too.

Interestingly, the official Gears of War 5 webpage is already live now. The webpage shares the Gears 5 promotional trailer from E3 2019 which you can check out above. The webpage also shares 4k screenshots and some of the game’s visual details. 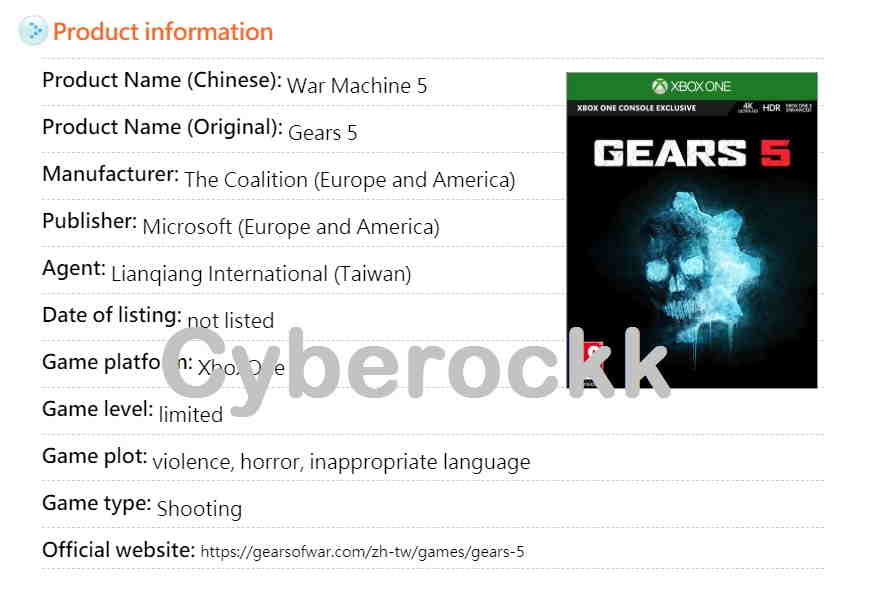 According to the details on the official page, the Gears 5 supports HDR and can be run at 4K Ultra HD resolution at 60 frames per second. Players will be able to play single player or online through split screens and cross-platform battles with friends on the Xbox One and PC.

Gears of War 5 aka Gears 5 and Age of Empires 1, 2 and 3 Definitive Editions Coming to Steam Soon