Notably, Redmi’s upcoming flagship phone was speculated to be called as Redmi X. However, soon after the name started circulating on the internet, Lu took his Weibo account and confirmed saying that ”Not called Redmi X, there will be a better name. Good night.” 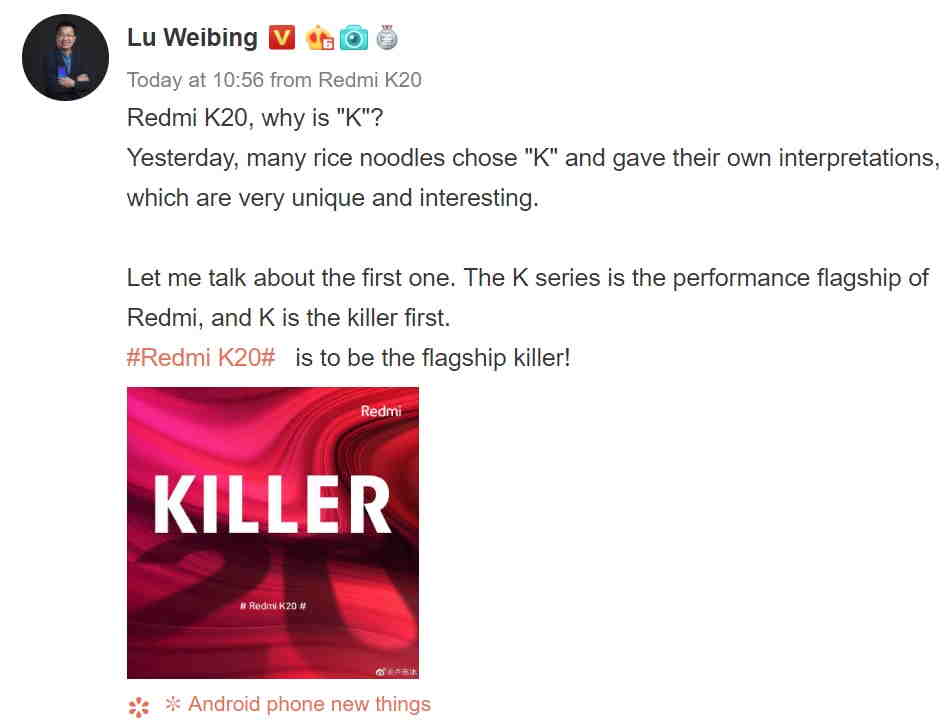 The Redmi K20 is the same device which is rumored to be available in India with a different name as POCO F2. Now, this is also not confirmed yet that with what name the Redmi’s upcoming flagship will be launched in India.

Ishan’s leaks about the upcoming Redmi K20 flagship phone has also revealed that the phone will come in two variants – the Redmi K20 and K20 Pro. The Redmi K20 series phone will be available in Carbon Fiber Black, Glacier Blue, and Flame Red color options.

The Redmi K20 is expected to come in 6GB+64GB, 6GB+128GB 8GB+256GB RMA and storage options. The Redmi K20 will also be the first Redmi phone to come with a pop-up camera module is likely to feature an in-display fingerprint sensor.

It is expected that the Redmi K20 will come with a main 48-megapixel camera along with 32-megapixel pop-up selfie shooter. The phone is expected to pack a 4000mAh battery, there are no details available whether this will support fast charging or wireless charging.

There are no details available on the Redmi K20 price and availability as yet.