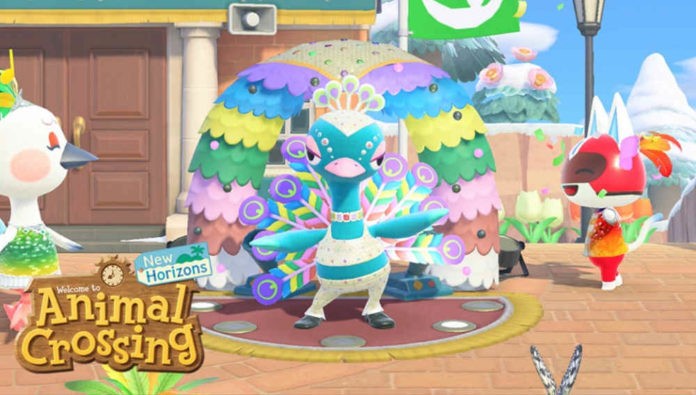 Nintendo has announced the next free update for the Animal Crossing: New Horizons will release on January 28. Notably, the next free update for the game will bring a number of new features including a colorful Festivale event. The event will be filled with dancing and flying feathers followed by the Dancer Pavé which will available on February 15.

The upcoming update will also bring a new Viva Festival Reaction Set. The set includes a range of new Reactions to choose from and can be purchased with in-game Bells from the shelf at Nook’s Cranny for a limited time and includes Feelin’ It, Let’s Go, Viva and Confetti.

Beginning February 1, you will also be able to purchase new Festivale clothing which will be available at the Able Sisters shop for a limited time. Notably, the next free update for the Animal Crossing: New Horizons will also bring new seasonal items which you can find at the Nook Stop in Resident Services and through Nook Shopping.

With the announcement of the upcoming free update for Animal Crossing: New Horizons. Nintendo also announced that Animal Crossing Sanrio Collaboration Pack will be available for purchase for the first time exclusively at Target stores across the U.S. at a suggested retail price of $5.99.

Nintendo also announced that there is also a new Animal Crossing: New Horizons update is in the plan for March 2021.

Also Read  Nintendo Switch Pro Version To Release in 2021, According to Reports