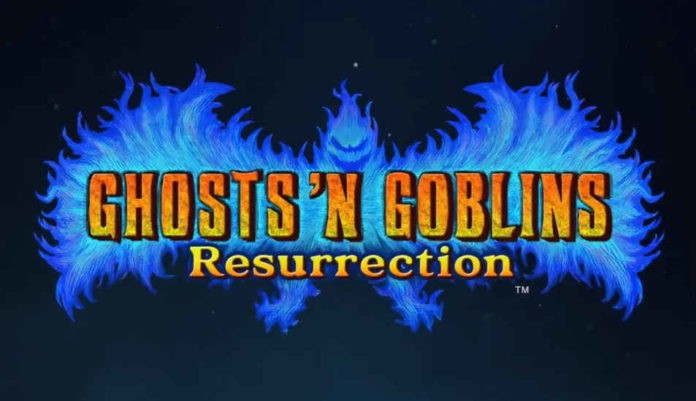 Ghosts ‘n Goblins Resurrection Launches on June 1, 2021, for PlayStation 4, Xbox One, and Steam. Players who will pre-order the game will get early access to the game a day before its official release on May 30.

Alongside, Capcom today also announced that Capcom Arcade Stadium will be coming to PlayStation 4, Xbox One, and Steam on May 25.

Notably, Pre-ordering or purchasing Capcom Arcade Stadium on Xbox One or Steam through June 8 will get you “Display Frames Set 1” for free. While PC players pre-ordering the game through Steam will get a “Special Wallpaper & Mini Soundtrack Set”.

Capcom is also releasing a “Mini-Album” featuring Capcom Arcade Stadium’s theme songs, “A Brand New Day” and “Teenage Blues”, on May 25Steam players. This is a ten-track album that can be purchased on its own for $9.99, or the player can buy it in a bundle with Capcom Arcade Stadium and the three additional game packs for a total of $47.99.

Also, the Ghosts ‘n Goblins add-on DLC is available for 50% off now through May 15th for players who already own Capcom Arcade Stadium on Nintendo Switch.

Lastly, Capcom today confirmed that additional games are heading to Capcom Arcade Stadium with more details to be announced soon in near future.

To recall, Ghosts ‘n Goblins Resurrection was first announced with a first trailer for Switch in December 2020.