Developer 4A Games today announced that Metro Exodus will come to Xbox Series X|S and PS5 on June 18, 2021. The game has already been available for PlayStation 4, Xbox One, and PC since its launch back in February 2019. The next-gen version has also been confirmed to include a bunch of new visual enhancements like ray tracing and more.

On the Xbox Series X|S and PS5, players will get the advantage of playing the game at 4K 60 FPS with Ray Tracing. The two consoles are also getting the FOV (Field of View options and platform-specific features such as spatial audio and controller latency improvements on Xbox, and support for the haptic features of the PlayStation 5 Dual Sense controller.

This will also be available as a free upgrade for all current owners. 4A Games has also announced the release of a physical Metro Exodus Complete Edition for Xbox Series X|S, Xbox One, and PS5. The pack will include the main game and all expansions released so far.

The dev has also released a Metro Exodus – Uncovered Xbox Series X|S trailer which you can watch below. 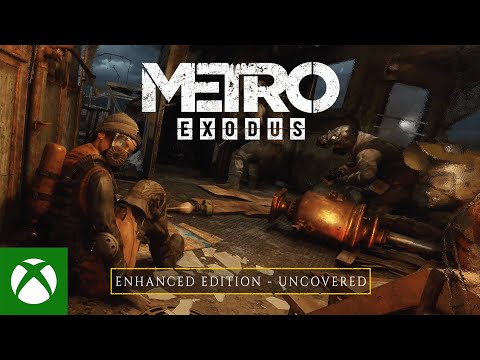 Metro Exodus is currently available on PlayStation 4, Xbox One, and PC via EGS.