Cyberockk
More Topics Auto Is The Cost Of A Catalytic Converter Replacement Worth It? 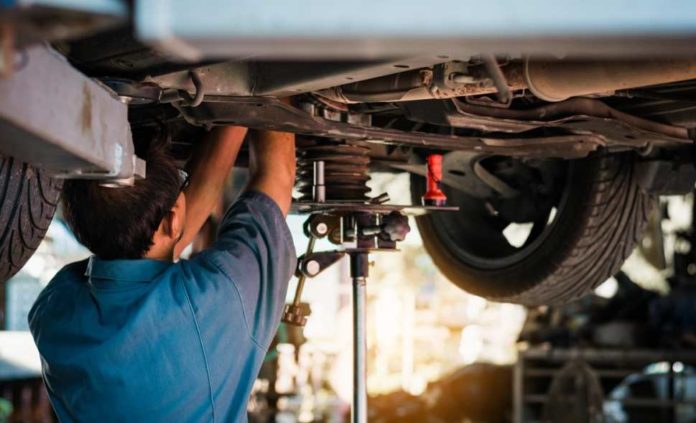 Why A Catalytic Converter?

A catalytic converter is a crucial part of the exhaust system of your car. Its internal catalyst components use heat to reduce harmful gases present in the fumes before it’s released into the atmosphere through the exhaust pipe. These toxic gases are mainly carbon monoxide, hydrocarbons, and nitrogen oxide—all considered harmful to humans and the environment. The catalyst also improves the performance of your car and reduces its fuel consumption.

The functions of a catalytic converter make it crucial in every car. It can be pretty alarming when you have a faulty catalytic converter. Although your vehicle will continue to function, it now poses harm to you and the environment.

A faulty car will start releasing harmful gases into the atmosphere. There will be a noticeable defect in how the car operates, increasing your car’s fuel consumption. Your car will also fail the smog or emission test done in states where catalytic conversion is compulsory.

1. Cost Of A Replacement

The main catalyst components are palladium and platinum, which are regarded as valuable metals. Catalytic converters vary in quality. If you are going for a lower density value, the price will be lower, but such converters are prone to defects.

Even after paying a substantial amount to get a replacement, you may end up buying an inferior catalytic converter which will also get faulty quickly after a short time; this is why you have to make sure you buy from trusted agents only.

Replacing the catalytic converter is considered a challenging task. It also requires the technical know-how of a professional mechanic to be fixed properly. Generally, the labor cost isn’t considered budget-friendly. Although it depends on how much your mechanic decides to charge you, but don’t expect a cheap price.

The labor cost will be calculated according to the amount of time used in replacing the converter and the processes your mechanic needs to follow before completing it. The fixing process is different for all vehicles. It may be welded into the exhaust pipe, or your mechanic may decide to use another method by cutting out. If your car doesn’t use a single exhaust system, you’ll have to calculate the labor per the number of catalytic converters replaced.

In the process of replacement, your mechanic may end up tampering with a vital part of your car, which may end up incurring more damages to your vehicle. Also, if the replacement isn’t done properly, it may end up making the converter useless.

There are many cases where a damaged part of your car may be responsible for the failure of your catalytic converter. If your mechanic can detect this, that’s an additional cost to the labor expenses. Aside from that, your expenses will increase if you have to buy a replacement for the damaged part so that the new catalytic converter you’re bringing can function effectively.

In a case where your mechanic’s unable to detect the underlying problem, replacing your catalytic converter will be a waste of money. For instance, an engine with bad seals or gaskets will still release unburnt fuel into the exhaust system. An overheating engine will also affect the efficiency of your car. All these factors can affect the performance and lifespan of the catalytic converter you just replaced.

The cost of a catalytic converter can be considered highly expensive. The cost of getting it done is often more than the worth of your car, especially if it’s old. Besides, most replacements do have one or more defects, making them unreliable. This implies that a replacement may not be the best decision after all. You can consider an alternative by selling your car with its damaged catalytic converter to buyers willing to pay for it with its condition. Nonetheless, the choice remains with you. If you have to replace, by all means, make sure to get the replacement from a trusted agent and competent mechanic.