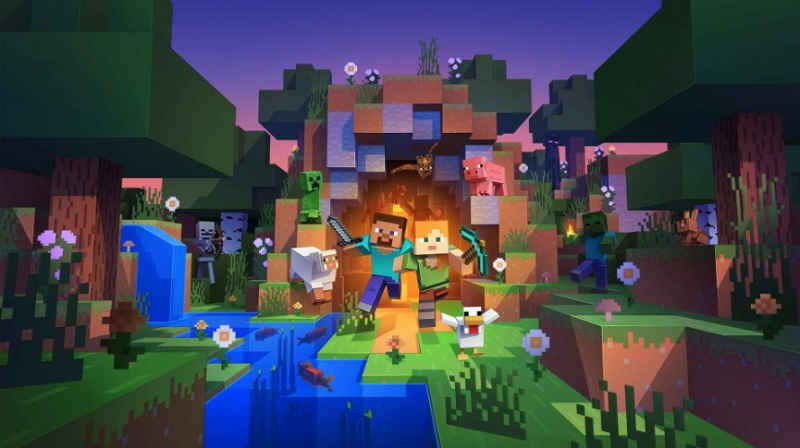 Sandbox games are the best kind of game. They give you the freedom to do whatever you want, whenever you want. You can build empires, explore new worlds and fight crime in your spare time! There’s something for everyone on this list of the top 15 sandbox games of all time.

Number one on our list is Minecraft. This game has been around for years and shows no signs of slowing down. With a virtually infinite world to explore, players can build anything they want out of the blocks that are available. Moreover, the game has a mod version which you can get easily from APK Names.

Next up is Garry’s Mod. This game takes physics-based sandbox gameplay to a whole new level. Players can create anything and everything using the game’s tools. There are also a ton of different mods available that add new content to the game.

In third place is No Man’s Sky. This space exploration game allows players to visit an infinite number of planets, all with their own unique environments and creatures. The game has been criticized for its lack of content, but the developers are constantly updating it with new features.

Fourth place goes to The Sims. This life simulation game has been keeping players entertained for years. Players can create their own characters and control every aspect of their lives, from what they eat to who they marry.

Fifth is Animal Crossing. This adorable game has players living their own lives in a town full of animal characters. Players can collect furniture and interact with the other citizens, who each have unique personalities and schedules.

In sixth place is Spore. This game allows players to create creatures from nothing and bring them all the way through time, starting as microorganisms at sea level and eventually evolving into intelligent life.

In seventh place is Terraria. This game has a lot in common with Minecraft, but it offers more complex gameplay and unique content that sets it apart from the pack. Players can explore caves or fight off enemies to collect rare items for crafting new gear.

The Legend of Zelda: Breath of the Wild comes in eighth place. This game allows players to explore a wide open world at their own pace while completing various quests and side missions along the way. The number of items, creatures and secrets in this game is mind-blowing!

In ninth place we have Escape from Tarkov. Like many games on our list, Escape From Tarkov has an open world that is absolutely massive. Players can level up their characters and acquire better gear as they progress through the game’s story mode, which has a variety of different endings depending on what choices players make along the way.

Tenth place goes to GTA V. This classic Grand Theft Auto franchise gets a spot on our list with its open world gameplay and intense action. Players can create their own stories as they commit crimes or just explore the city.

The eleventh place goes to Deathloop. It is a stylish, one-of-a kind shooter that gives you the freedom to get creative anywhere. With four sandbox levels and more than 10 hours of gameplay for each mission in story mode alone , there’s plenty worth checking out here! The soundtrack alone makes it worth playing – even if you are not really into shooters myself

Dyson Sphere Program is on 12th place in our list and it is a fantastic game that will captivate you with its expansive sandbox and creative building mechanics. It’s not only fun to build your own space station, but also fly around in an airship while exploring the unknown depths of outer-space! If Factorio or Minecraft are what get under your skin then this may be just up your alley (and I bet it would make even more sense if we’re talking about any kind souls who love engineering).

Number thirteenth, Space simulators are still insanely popular, and Elite Dangerous provides one of the more mind-blowing sandbox experiences if you can look past its endless grind. A game that allows players to kidnap newbies and blast them off into outer space before forcing them through a tutorial section sounds alright in our opinion!

At the fourteenth place, we have Factorio. It is a game where you can spend hours and days arranging your conveyor belts, feeding factories, and engines. You’re producing materials to expand the factory- it’s a never-ending cycle of efficiency.

At fifteenth on our list, The world of Going Medieval is a dangerous place to live. You’re tasked with building and maintaining your colony’s infrastructure, from humble beginnings in the beginning through massive castles that would make even Lord Skeleton himself proud! With over 20 different building types as well as deep space exploration for minerals or more exotic finds such as power crystals you’ll need every tool at hand if this medieval life isn’t going smoothly – but don’t worry because there are always dwarfs willing to help out when things get too tough (I hope).

I hope you like the information we have shared. We think these are the 15 sandbox games out in the market. If you are a crazy sandbox game lover, then select any game out of the list and start playing.