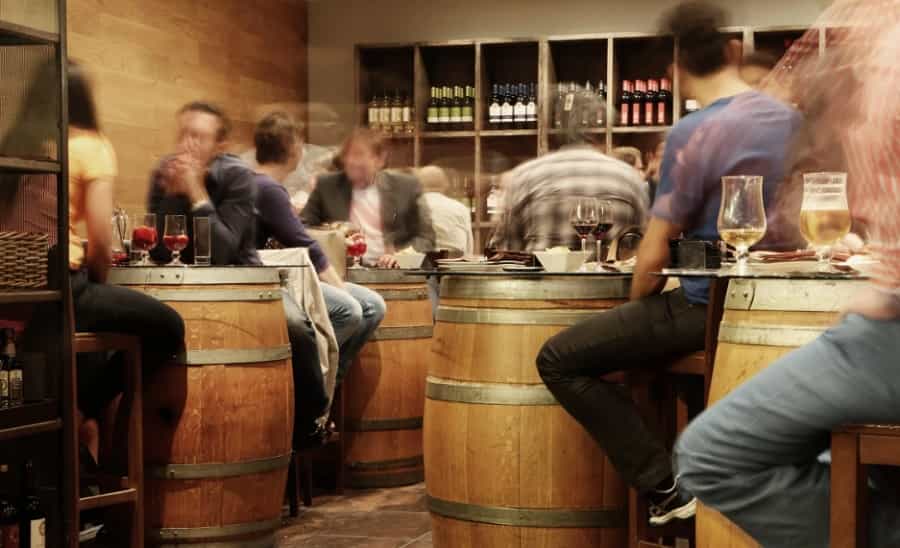 When it comes to starting your own business, you will probably have many ideas about what type of company you want to own. However, not all businesses are equal in terms of risk and rewards. If you are considering a food franchise, there are several things you need to take into account before making the final decision.

To start your very own business as a food franchise, you need to have considerable capital and be willing to invest it on a regular basis for at least the first couple of years. A food franchise is not just about buying an established brand name and selling its products.

It’s about investing time, money, and energy into a business that can hopefully produce a sizable return on investment after some time. Here are five main factors to consider before choosing any food franchise.

1. Choose a Franchise with a Track Record

Businesses that have been in operation for a long time are more likely to succeed than those that are new. Before investing in a particular food franchise, research the company’s history to see how long it has been in business.

The longer a food franchise has been in operation, the better. If you’re looking to start a restaurant franchise, for example, it would be helpful if you put time and effort to differentiate the restaurant franchise opportunities offered by franchisors, so you can weigh in their similarities and differences and be able to choose what will work best for you.

This doesn’t mean you should rule out a new franchise altogether. It just means that you need to take a closer look at it. You can check the company’s financial records and see if it has sustained a profit over the years. You can also find out if the parent company has any other franchises. A food franchise that has been around for a long time and has a proven track record is much more likely to succeed than a brand-new one.

2. You Need to Have a Constant Supply of Labour

The success of your business depends not only on the quality of the food you serve but also on the efficiency of your employees. One of the first things you should do when you’re considering franchising is analyzing the management and staff of the parent company. If the parent company has several franchises and is wildly successful, but only employs a handful of people to run them, this should raise some red flags.

If you choose to franchise with a company that has only a few employees, you might encounter problems later on. This is because you will need to be able to supply a constant labor supply to support the amount of work you are doing. If the parent company can only employ a small number of workers, you might want to reconsider your options.

3. Find Out What Your Competition Is Doing

It’s important that you take a look at your competition before you sign on the dotted line and invest in a particular franchise. By examining how your competition runs their businesses, you can learn a lot about what you should and shouldn’t be doing. Remember that in a competition, what is best is always the best. In that case, always make sure to have your options as diverse as possible in order for you to choose what’s best.

If you want to start your own sandwich franchise, for example, make sure you list down the best sandwich shop franchises as you do your research. That way, you can see how competition between these franchisors helps you decide what’s best for you.

Knowing the competition landscape in the niche you’re in can help you make decisions on how you should be investing your money. While you can’t directly imitate what your competition is doing, you can learn a lot by studying their methods.

4. Be Committed to Advertising

It’s important that you choose a franchise that has proven it can sustain a high level of advertising. If you choose a franchise that doesn’t advertise enough, you might struggle to generate enough customers to support your franchise. If the franchise you are considering only advertises locally, it is likely that they are able to maintain a high level of advertising without the need to spend too much money.

However, if the franchise franchises are across several states, it is likely that their advertising is conducted primarily on a state-wide level. If the franchise you are considering doesn’t maintain a high level of advertising, you should probably think twice about investing in it.

As you are investigating several different franchises, pay close attention to the culture of the parent company. It’s important that you feel comfortable with the people running the company.

You have a much better chance of succeeding if you like the people you are working with. If you don’t like the people who run the parent company, you probably won’t get along with them and you won’t enjoy being part of the franchise.

A food franchise is a great way to start your own business, but it’s not a decision to make lightly. Before you choose a franchise, make sure you know what you’re getting into and that you’re prepared to make the required investment.

You have to be willing to give your time and money, and you have to be prepared to work very hard in the early stages of your franchise. However, if you choose the right franchise and work hard, you should be able to see the benefits in a relatively short amount of time.