To celebrate the recodrbreaking holiday season for both Grand Theft Auto Online (GTA Online) as well as Red Dead Online. Rockstar Games have announced a massive drop of rewards and bonuses for all players. In a newswire, Rockstar Games revealed that the release of The Diamond Casino & Resort and the December launch of The Diamond Casino Heist was the biggest for them, That brought back in bigger numbers of players than ever before over the holiday period.

Now, to celebrate these new milestones, Rockstar Games has announced that GTA Online will feature bonus cash of up to GTA$2,000,000 starting January 30. Players can get GTA$1,000,000 just by playing before February 5th and will be able to earn another GTA$1,000,000 by playing between February 6th and February 13th.

Red Dead Online players, on the other hand, will let players receive a series of gifts including free access to select roles, special role item giveaways and more, including:

This week’s update for the GTA online also brings Pegassi Oppressor. A new motorcycle that comes equipped with boosters, wings and little by way of safety precautions. Players can be grabbed by giving the Lucky Wheel a spin at the lobby of The Diamond Casino & Resort. 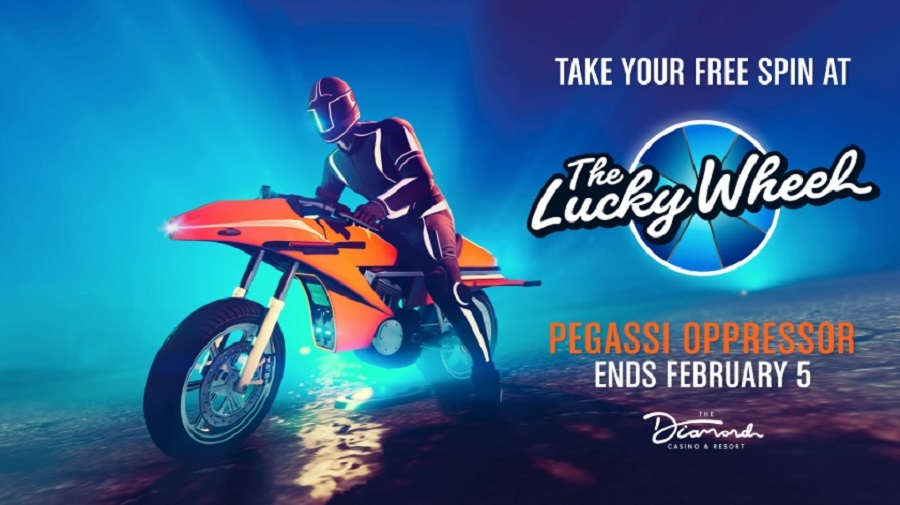 You can also win cash, RP, clothing and more by spinning the Lucky Wheel stopping by the lobby of The Diamond Casino & Resort.

The future update for Red Dead Online will expand Frontier Pursuits with additional roles, new missions and many more significant updates to come.

To check out the full details on the latest rewards and bonuses for GTA Online and Red Dead Online you can check out the official page here.