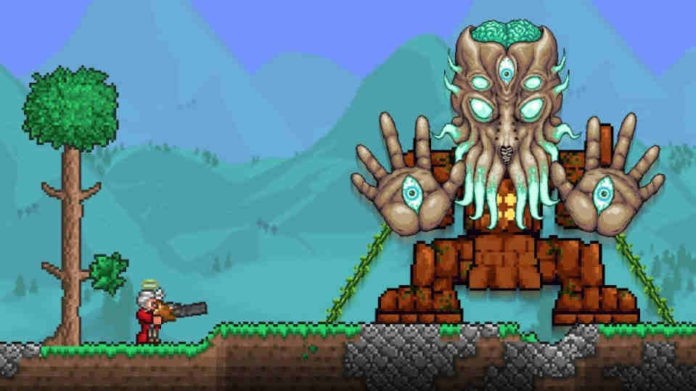 Terraria Hard Mode or Hardmode is a character-specific difficulty mode that automatically unlocked on defeating the Wall of Flesh. In Hard Mode, the character has only one life and cannot respawn after death. After you get into the Hard Mode. The Corruption or The Crimson spread more rapidly (at least until Plantera is defeated), and a new biome known as The Hallow is created.

Unlike, Terraria hard mode, Hardcore Mode is a character-specific difficulty setting that can be selected when creating a new character. Hardcore mode characters cannot be changed back to any other difficulty. Once the player dies, everything in their inventory is dropped and the character is deleted.

Can I Turn Off Terraria Hard Mode?

No, you can not turn off the Terraria Hard Mode manually. When you defeat Wall of Flesh, your Terraria World automatically gets into the Hard Mode. However, the only way you can use to convert a world back to pre hardmode is through using cheats or third-party editing.

There are a variety of monsters in the Terraria game based on different categories or criteria. In every category, you will find Pre-Hard Mode monsters as well as hard mode monsters which only available in the hards mode.

Below is the list of all categories of monsters you will find in Terraria including Hard Mode Monsters included in each category.

Below you can find the list of all the Terraria pre hardmode and hard mode bosses.