The latest Radeon Software Adrenalin 20.1.1 update further brings a number of fixes to the game which includes a big list of fixes. Here I have picked up some of the fixed issues from this list.

The update removes beeps that were coming when starting a game from Radeon Chill, Radeon Boost, and Radeon Anti-Lag. Now, these features will only offer audible indicators only when activated or deactivated via a hotkey.

The AMD Radeon Software Adrenalin 20.1.1 update seems to have also fixed an issue where some users were getting an error message “Another instance is running” during the download of a software update through the Radeon Software home screen.

The latest AMD Radeon Software Adrenalin 20.1.1 update includes a big list of fixes. To download and check the full list of fixes made in this update then you can simply head to the AMD support page here. 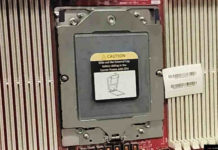