Cyberockk
Hardware Gadgets The Beginning of the End for the Traditional TV Set? 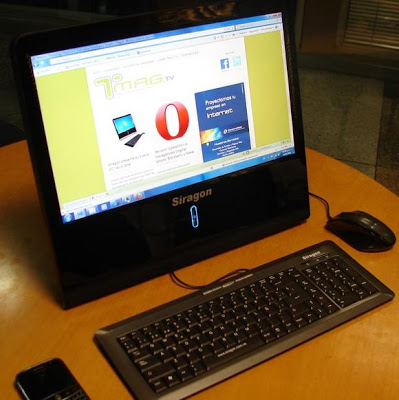 For many decades, most people in the developed world have regarded their television sets as their main source of entertainment in the evenings and at weekends. It seems that most of us come in from work at the end of a hard day and relax in front of the TV as part of our almost daily existence, and although we do of course go out instead from time to time, when we stay at home we tend to enjoy a movie or a few of our favorite shows.

Since perhaps the mid-1950s onwards, the television has dominated our lives, and it would often have seemed the case that nothing would ever get in the way of its all-conquering dominance. However, the increasing number of applications that a home computer, a laptop or perhaps a tablet can handle means the days of TV-centric entertainment may be starting to come to an end.

One of the reasons that computers are beginning to take the place of the television is that the average machine can do exactly what the TV does and a whole lot more. For many decades, the TV has had its own place in the corner of millions of living rooms and was positioned in such a way that every armchair and every sofa was pointed straight at it. And while it will be a long time before we start to see TV-less homes in every neighbourhood, it can’t be denied that its influence is beginning to diminish.

Versatility is a major issue
For most people, the television still performs the one task for which it was purchased, and there’s nothing particularly wrong with that. If you want to enjoy your favourite sit-com, catch up with today’s news or perhaps watch a tear-jerker of a movie, the TV is fine. But there are websites which allow you to see all of these items on a home computer, of course, and needless to say, the Internet allows access to a million other things as well.

In general, the average TV set won’t allow you to catch up with what your friends are doing via social media networks, or organise your bank account, or check out the latest updates from your favourite Twitter celebrities. It doesn’t give you the chance to play games against online opponents or to send emails to work colleagues or to speak to relatives on the other side of the world via Skype.

Obviously, there are Internet-capable TVs on the market nowadays, but their operating systems seem slow and cumbersome. Television manufacturers are working hard to make sets which include advanced computer capabilities, but this may all prove to be too little too late, because the scenario at the moment suggests it will be the other way around, with computers eventually swallowing up televisions.

David Showell is a big fan of both television and the Internet. When he’s not watching TV, he’s working for http://www.carrentals.co.uk/.

About the Author:
This article is contributed by David Showell and posted by Rizwan Ahmad Author and founder of cyberockk.com, He is a tech blogger from India and he loves to share his thoughts by writing articles on this site to the different topics related to technology world,