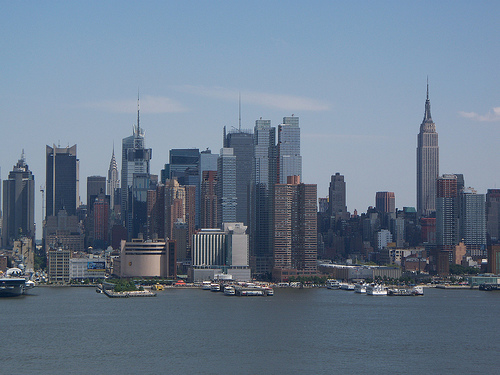 Consider your nightly routine at home; key, latch, windows. Sound familiar? For some places in the world this just will not do. From top secret research stations to government aircraft, read on to discover the most high security locations on the planet:

Perhaps quintessentially the most secure location on the planet, Area 51, located in the most remote part of the deserts of Nevada, is not immune to a conspiracy theory or two. The center of alien and UFO conspiracies, both the perimeter of the secret base and its aerospace are restricted, known to the pilots as “the box.” Security guards patrol the surrounding areas armed with M-16’s and have instruction to use deadly force when necessary. The base does not appear on any government maps and is only visible from the air on Google maps. Patrol cameras are supplied with night vision and helicopters are employed to provide an aerial threat. Whether you believe in conspiracy theories or not, that’s certainly an awful lot of deterrents.

Although officially any aircraft carrying the President of the United States is called Air Force One, there are two specially modified Boeing 747s that properly constitute the real thing. Dubbed by many as the world’s most secure moving location, the plane is capable of flying 8,000 miles (a third of the way around the world) on one tank of fuel. It can also refuel whilst flying making it able, in theory, to fly forever. In terms of security, the plane’s electronic equipment is shielded with an electromagnetic pulse. It is also capable of jamming signals, avoiding missiles and flying through nuclear attacks. Certainly a bit different from the plane you flew on on your last holiday.

The Safe House is officially the most secure accommodation on the entire planet. This impenetrable concrete shell looks like a stunning piece of modern architecture on the outside but is capable of shutting itself up completely; filling in the windows and all entrances with huge concrete slabs and metal shutters. It is impregnable in every way. The Safe House also boasts a bridge as an extra means of protection. Now that most definitely is a mean bit of protection.

At the last estimate, Fort Knox, home of the US’s monetary assets, was said to hold 5,000 tonnes of gold, about 2% of all of the gold ever mined from the planet. All that alongside the original US Declaration of Independence. It’s no surprise then that this building appears on this list. Not only is Fort Knox located within a residential army camp containing 30,000 soldiers, the vault containing its treasures is located deep underground, shut off by a 22 tonne blast-proof vault door. The combination to the door is not known by one individual, in fact, the combination is split into ten and given to ten people, all of whom must be present if the door is to be open.

Quite an odd choice some might say, but this car park is no ordinary car park and the fact it hasn’t had an incident in over a decade speaks for itself. This 10 level, 24/7 car park has 190 CCTV cameras and foam dividers to prevents scratches. Upon entering, drivers are issued a bar code which initiates motion sensors in your allotted parking space. If the car moves when the driver is not present, alarms sound. It also boasts a PA system for guards to loudly question any individuals they deem to be suspicious.

Greg O’Hara is a student and freelance writers based in Bath, UK. His work has been published on a variety of websites and he is here writing for Sec Tech, a UK security and close protection firm.

Rizwan Ahmad
About the Author:
This article is contributed by Greg O’Hara and posted by Rizwan Ahmad Author and founder of www.cyberockk.com, He is a tech blogger from India and he loves to share his thoughts by writing articles on this site to the different topics related to technology world,