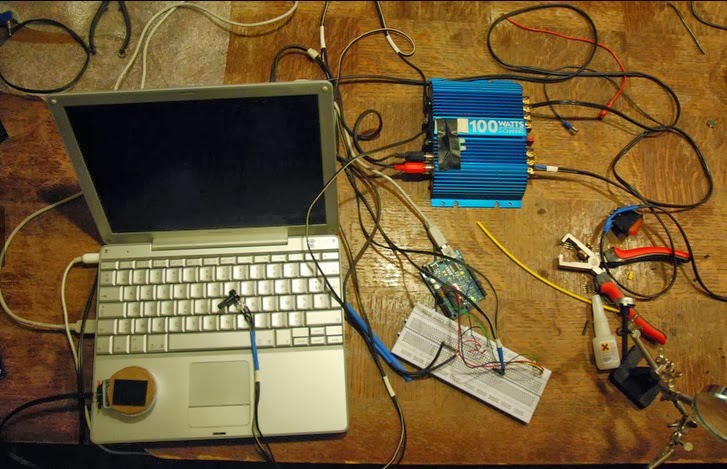 The Arduino is a renowned microprocessor designed to make using electronics for various types of projects easier and more readily available. The microprocessor was born out of a 2005 project started in Ivrea, Italy to create a less expensive version of the BASIC Stamp microcontroller. The result is now widely known as the Arduino microprocessor, an open-source piece of hardware. The name comes from the Italian word for “good friend.”

SEE ALSO: Six Tech Gadgets You Can Control From Your Phone

The Arduino microprocessor board has a simple design, containing an 8 to 32-bit microcontroller and software component that is programmable via a standard USB port. Since its inception in 2005, a large community of enthusiasts has formed to find new applications for the technology. The boards can be ordered fully assembled, allowing the user to then provide programming, or in DYI kits, for those who are adventurous and want to discover what applications can be created for the board.

How the Arduino Works

The basic sketch found with the Arduino microprocessor looks like this:

This is a set of instructions telling the Arduino to blink the onboard LED lights on and off at an interval of 500 milliseconds (delay = 500). It is also an insight into how the AVR chip, one of the components of the Arduino board, interacts between the programming language and how it is interpreted by the computer to create and carry out a command set. Although it is small, the Arduino microprocessor acts in the same manner as any other computer central processing unit (CPU). The AVR has a series of registers that are responsible for carrying out different tasks.

The plain English set of commands that you read (as in the above example to blink the LED) is converted from its programming code into what is known as machine code, a series of “0s” and “1s”. These are generally interpreted in a line of 8 digits, which make up a byte. When the series of instructions are properly coded and interpreted by the processor, a command is carried out.

SEE ALSO: Tips to Extend the Battery Life of your MacBook Pro

Programming the Arduino
The programming that enables the Arduino to carry out commands is called bitloaders. The process begins when the board is attached to a computer (laptop or PC) via the USB port. Once the software creates an interaction between the board and the computer, a set of instructions can be typed, similar to the one above. A bitloader is created that can be stored in the physical memory located on the Arduino board.

If you are interested in learning how to use the Arduino microprocessor as a beginner, here are a few simple projects that may help you get started. There is a simple way to create a single cell battery tester for use in measuring the voltage of your AA, AAA, C or D cell batteries that you may use in a smoke detector or TV remote. If you love board games that use 6-sided dice, try this project to create an electronic pair of dice. Finally, you may use Arduino technology to create your own stop watch for use at home.

Myron Prescott
About the Author:

Myron Prescott writes on computer software, hardware, mobile phones, gadgets, gadget accessories and other related topics. Those with iPhone 5s should consider the iPhone 5s insurance from Protectyourbubble.com to better protect their device.