Cyberockk
Home News Amazon to launch its All-New, Top of the Line Kindle next week:... 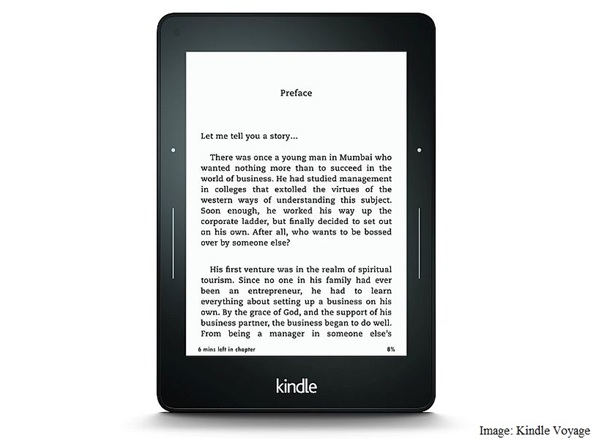 Amazon has always been on the lookout for gifting its customers with the best quality and innovative products and that is the reason the leading e-commerce giant has a huge fan following. This time the company has revamped and wants to launch it’s All-New, Top of the Line Kindle next week in an all-new way.

That is what the CEO Jeff Bezos says “Amazon is all set to launch its next-generation Kindle next week” As per Bezos, the next in line eighth-generation Kindle will be “”top of the line” device. As sadly, more details are not available related to the new Kindle device. In his tweet, Bezos said, “Heads up readers – all-new, top of the line Kindle almost ready. 8th generation. Details next week.”

Must Read:  Ways to Speed Up Your Kindle Fire (HD)

The Amazon Kindle is actually a series of e-readers designed and marketed by Amazon.com. Amazon Kindle devices enable users to browse, buy, download and read e-books, newspapers, magazines and other digital media via wireless networking to the Kindle Store A point worth mentioning here is about the ebook reader Kindle Voyage which was launched in India last year priced at Rs 16,499 and Wireless + 3G version was available at Rs. 20,499.

Important information here is about the update released by Amazon for old Kindle devices and update is a mandate for old device models as without it, the readers would stop connecting to the Internet. The CEO  Mr. Jeff warned customers to install the update before March 22.