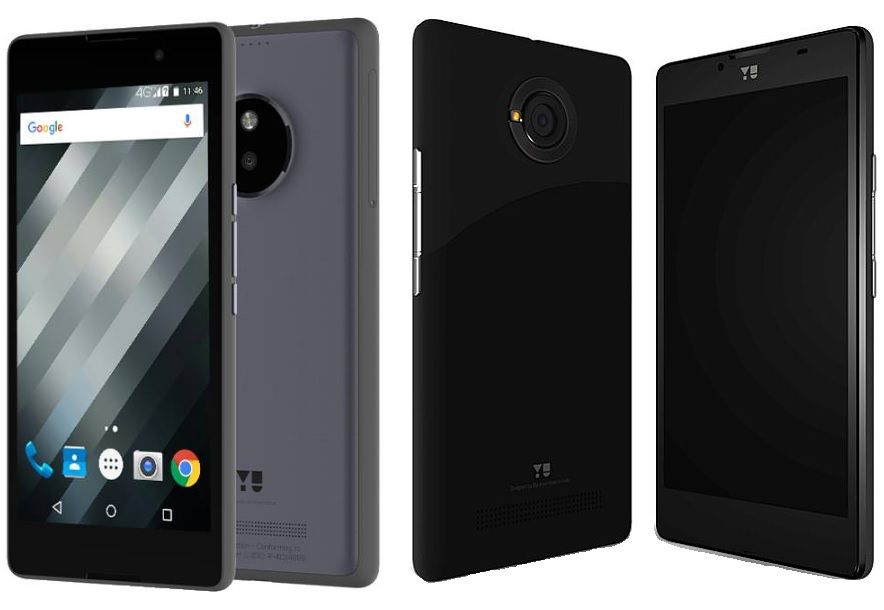 Let’s talk about the features and Specifications of both the handsets.
Yu Yunique Plus Features and Specs
The Yu Yunique Plus comes with dual-SIM support and it runs on Android 5.1 Lollipop out-of-the-box. The handset features a 4.7-inch (720×1280 pixels) IPS display with Corning Gorilla Glass 3.
The smartphone is powered by a 1.2GHz quad-core Qualcomm Snapdragon 410 (MSM8916) processor coupled with Adreno 306 GPU and 2GB RAM. It comes with 8GB of inbuilt storage which is also expandable up to 32GB using a microSD card.
The handset features an 8-megapixel rear camera with LED Flash and an f/2.0 aperture. On the front, we get a 2-megapixel camera as well. The Yu Yunique Plus includes all major connectivity options like GPRS/ EDGE, 3G, 4G, Bluetooth, GPS, and Wi-Fi. Both the SIM cards on the device support 4G connectivity. It is backed by a 2000mAh battery.
Yu Yureka S Features and Specs
Now let’s talk about the other one, the Yu Yureka S features a 5.2-inch (1080×1920 pixels) display with Corning Gorilla Glass 3 that will protect your smartphone from scratches.
The smartphone is powered by an octa-core Qualcomm Snapdragon 615 processor clocked at 1.1GHz coupled with 3GB of RAM. It comes with 16GB of inbuilt storage and features hybrid SIM slot.
The Yu Yureka S runs on Android 5.1 Lollipop and also features the company’s Around Yu, a service aggregator platform. The smartphone features a 13-megapixel rear camera with LED flash, f/2.2 aperture, and you can also record videos in full-HD format. It sports a 5-megapixel front camera.
The connectivity options includes 4G LTE support, Wi-Fi, Bluetooth, GPS, and Micro-USB. It is backed by a 3000mAh battery.

Do share your thoughts about this smartphone in the comments below.