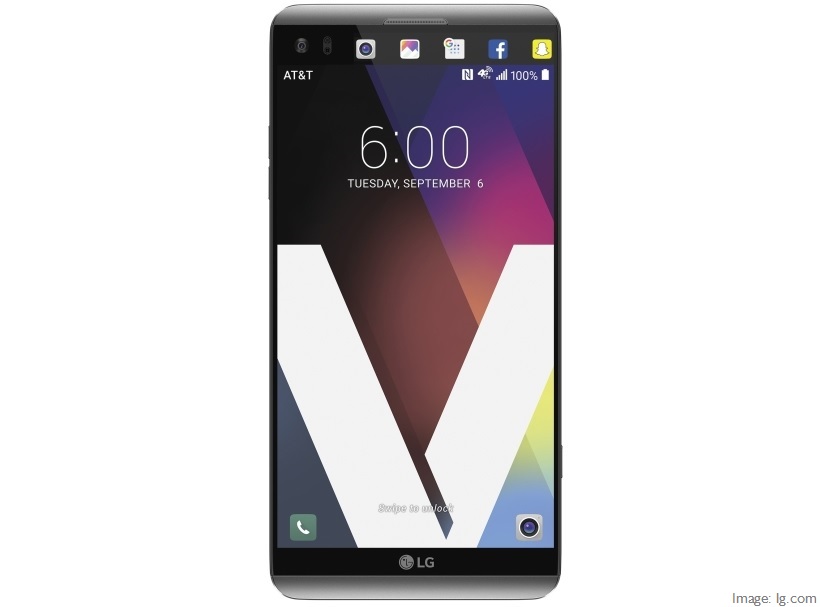 At an event in New Delhi on Monday LG launched the V20 flagship smartphone in India. The phone is priced at Rs. 54,999. The V20 will exclusively go on sale via Amazon India online store and other retails stores as well.

Let first talk about the features of LG V20
The LG V20 come with a full AL6013 metal body which is MIL-STD-810G rated for shock (516.6). The smartphone also uses a shock-absorbing material Si-PC that protects the top and bottom edges of V20 and also compliant with the US military standard test.

The LG V20 runs Android Nougat 7.0 out of the box and the company says that it will perform better that the LG G5.

Display and Camera
The LG V20 sports a 5.7-inch QHD (1440×2560 pixels) IPS Quantum Display, As the main highlight of the smartphone it also features a secondary display above the main screen to access the shortcuts icons.


Battery and Connectivity
The LG V20 houses a 3200mAh battery. The smartphone measures 159.70×78.10×7.60mm, and weighs 174 grams. Sensors on board include an accelerometer, ambient light sensor, magnetometer, proximity sensor, and gyroscope.

Bundle and Offers
The LG V20 comes bundled with a free B&O PLAY headset worth Rs. 18,000. The company also giving an exchange offer where you can exchange your old smartphone for a new LG V20 and get a “minimum assured Rs. 20,000 off” but remember, this offer will be available only select smartphones only.

Let us know your thoughts about the new LG V20 smartphone, are you going to buy this?.