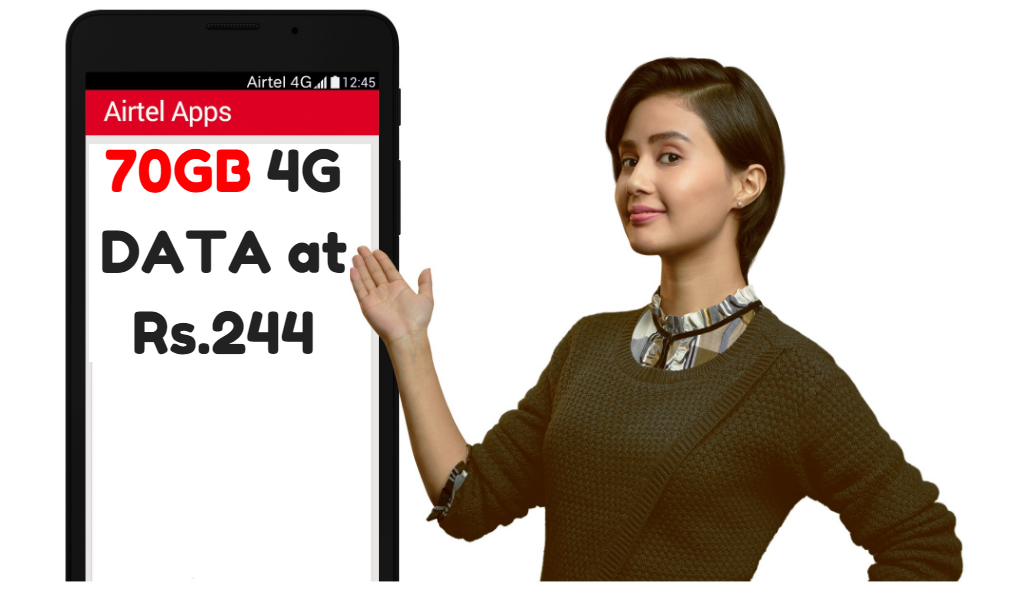 To counter Reliance Jio’s Dhan Dhana Dhan offer India’s biggest telecom operator Airtel has launched a new offer that provides 70GB of data for 70 days at Rs. 244 for new users and Rs. 399 for existing users with Unlimited calls to any network.

To know more about the best available offers on your number you can also head over to your My Airtel App. Being an existing Airtel user my Airtel App is showing me that I can recharge with Rs.399 but not Rs.244 to get 70GB of data for 70 days validity.

On the other hand, I think new users will be able to get this offer for just Rs.244 but the twist here with this recharge is users will only get Airtel to Airtel unlimited local+STD calls but not on all networks. 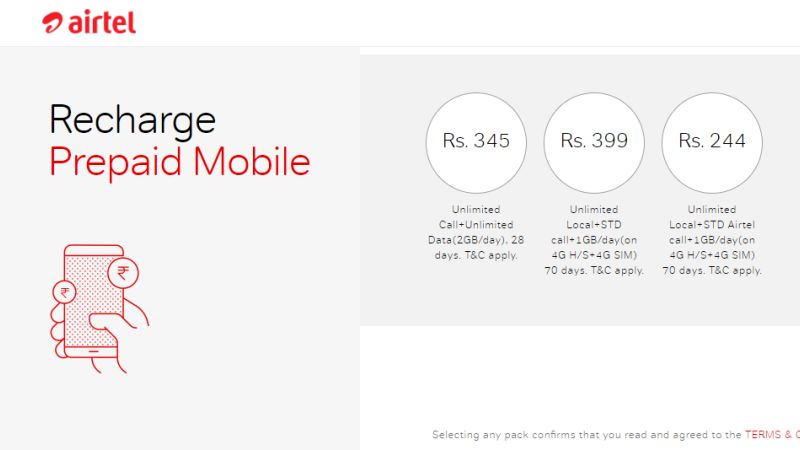 Along with this, Airtel has also doubled the per day data on its Rs. 345 (See Above Image) pack to provide 2GB of data per day total of 56GB data instead of 1GB total of 28GB that was announced when this offer was launched. 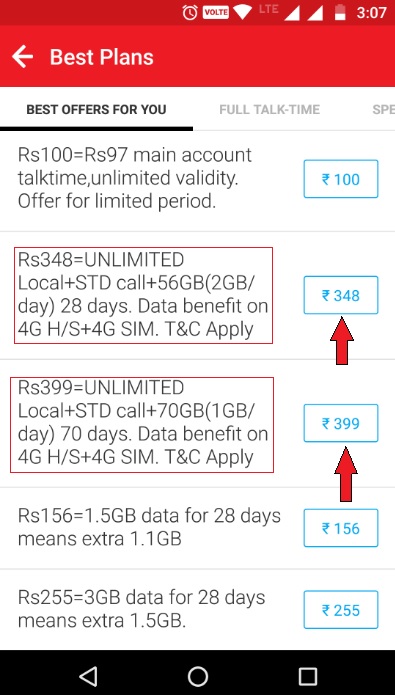 But here also, I think the Rs.345 pack is only for new users because as an existing user my Airtel app is showing me Rs.348 pack but not Rs.345 pack, except the Rs.3 difference all other benefits would be same for both new and existing users and that’s I think is not a very big deal for us.