Cyberockk
Mobile Xiaomi Redmi Note 5A to Launch Today: Things You Should Know 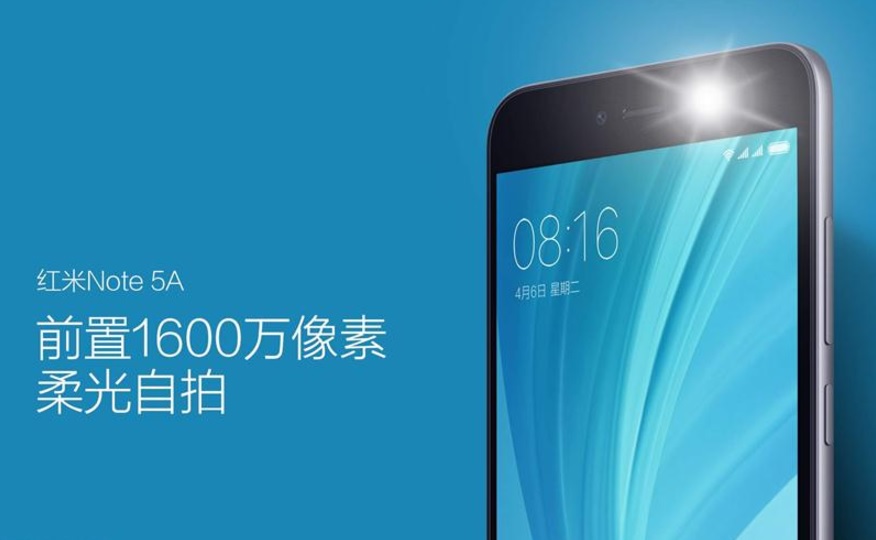 Xiaomi will be holding an event today on Monday to launch the Redmi Note 5A in China. The Note 5A launch event will kick off at 7.30pm China Time (5pm IST). As its biggest highlight, the Redmi Note 5A has already been confirmed to sport a 16-megapixel front camera with a dedicated flash for selfies and a three slot tray – two for SIM cards and one for microSD expansion.

Let’s just have a quick look at what the new Redmi 5A has to offer based on various earlier leaks and rumors.

The Design
According to the various shared renders by CEO Lei Jun, the Redmi Note 5A is expected to sport a slim metal unibody with antenna bands at the back, and a single camera setup in the top left the corner. It sports capacitive navigation buttons in the front, a USB Type-C port, and dual speaker grilles. The volume and power keys are on the right edge of the smartphone.

The Specifications
As previously leaked renders and teasers have suggested, the Redmi Note 5A will feature a 5.5-inch HD display and will be powered by Snapdragon 425 processor. It is likely to feature 2GB of RAM and 16GB of inbuilt storage which can also be expanded via microSD card (up to 128GB). It is said to run on Android 7.1.1 Nougat with MIUI 9 out of the box and will support 4G VoLTE.

On the camera front, the handset is already been confirmed to sport a 13-megapixel rear camera with LED flash and a 5-megapixel front camera. There’s an infrared sensor also tipped to be present. The listing claims that the handset will measure 153.3×76.3×7.31mm and weigh roughly 150 grams and it will pack a 3000mAh battery.

There is another ‘Pro’ variant of the Redmi Note 5A is also tipped to launch with a Snapdragon 435 processor, 3GB RAM, 32GB internal storage, 16-megapixel rear and front camera with flash support, and fingerprint sensor at the back.