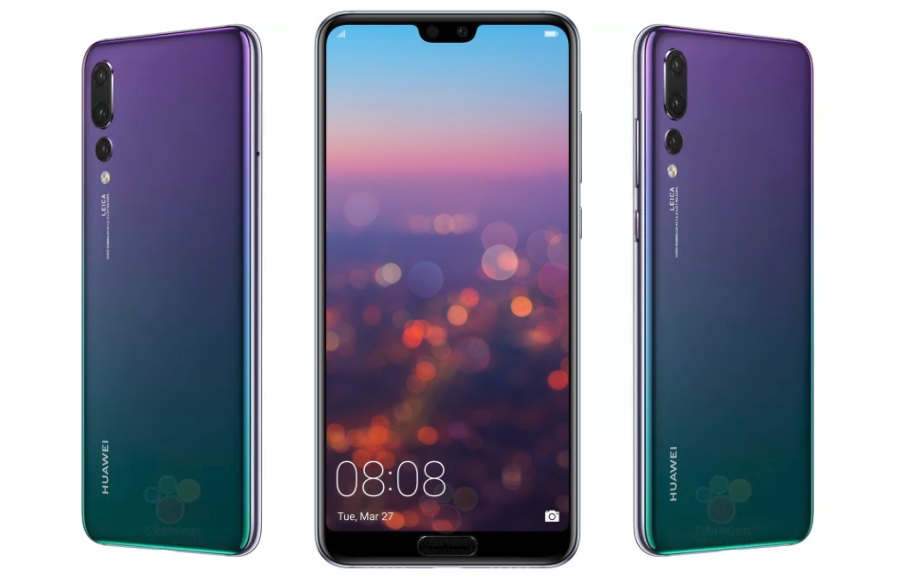 The leaked details also confirm that all Huawei P20 series phones will come with the display notch (a cut-out at the top), which will sporting high-resolution 16MP or 24MP front cameras on the front including the earpiece, and the proximity and brightness sensors.

The details further states that the Huawei has waived existing manuals on infrared or laser sensors embedded inside the notch that mean we can expect the face unlock feature placed on the front camera.

Talking about the display, according to the HTML5Test benchmark result for the Huawei P20 Pro (codename: “Charlotte” – CLT_Lxx) we can expect that the P20 and the P20 Pro will come with 19:9 displays with Full HD+ resolution (2240×1080). Some previous leaks had suggested that the P20 will have a 6-inch LCD display while the P20 Pro may have an OLED display.

The Huawei P20 and the P20 Pro both will come powered by the HiSilicon Kirin 970 system-on-chip, the same chip was used on the Huawei P10 and P10 Pro.

The P20 Pro’s cameras will have a f/1.6 and f/2.4 aperture respectively. The P20, on the other hand, has a f/1.6 aperture for its camera and it will have a fixed focal length of 27mm (35mm equivalent). More interestingly, the P20 Pro also has a second value for its focal length: 80mm.

According to the leaked manual, the microSD card slot will be missing on both the P20 and the P20. However, the Huawei P20 Lite, will keep the microSD slot.

Let me know what features and specs you would like to see in Huawei P20, P20 Pro, and the P20 Lite?