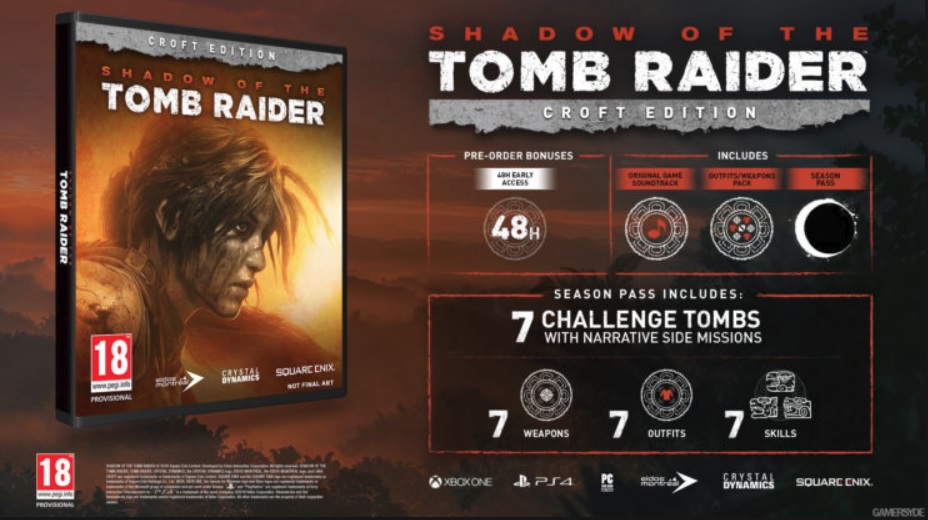 Unfortunately, the pricing for the Shadow of the Tomb Raider Season Pass and its various special editions is still not known. But the good news is you can now pre-order the game.

Shadow of the Tomb Raider will be available for PC, Xbox One, and PS4 on September 14.