According to the iThomes report and official Weibo post from the Xiaomi’ Vice President and Redmi Brand General Manager Hiroshi Miki, the upcoming Redmi Note 7 Pro will be launched after Xiaomi Mi 9. Notably, the Mi 9 is set to launch on February 20 in China and February 24 globally at MWC in Barcelona Spain. 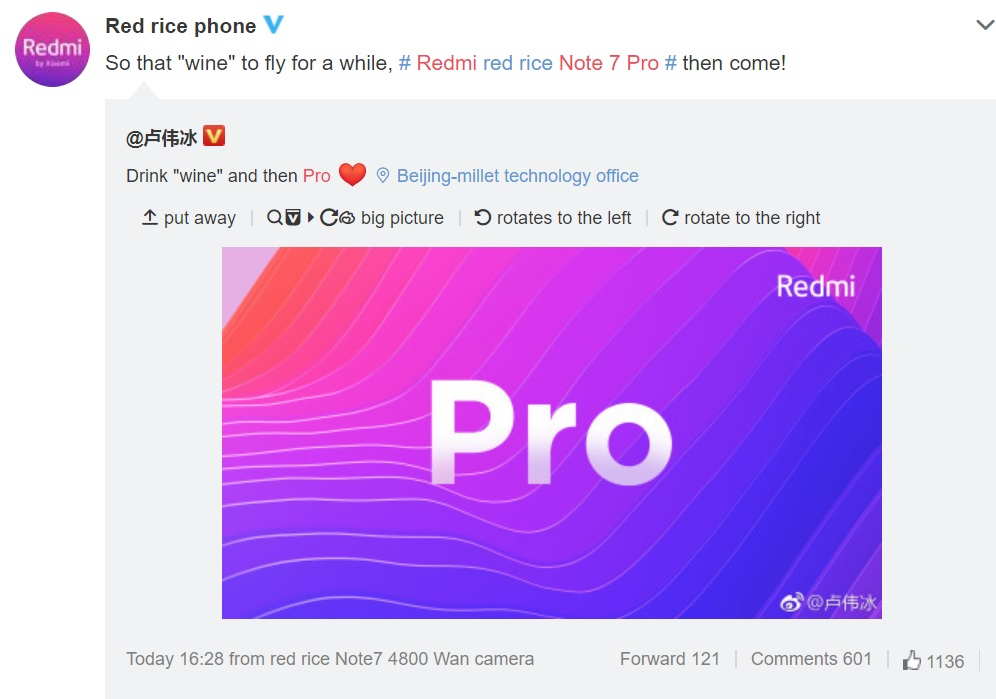 Earlier today Xiaomi also confirmed that it will launch a new high-end variant of its Mi 9 smartphone. The new Mi 9 will feature a transparent back panel like seen on the Xiaomi Mi 8 Explorer Edition. Other big highlights of the newly announced Mi 9 would be Snapdragon 855 SoC and triple rear camera setup.

Redmi 8A Pro Launched in Indonesia with 6.22-inch Display, 5,000mAh Battery and More