The new Google controller will be available in orange accents, Black with white, and a mint green color combinations. This controller features two joysticks, a D-Pad, and X/Y/A/B buttons.

Stadia is a new video game platform, delivering instant access to your favorite games on any type of screen—whether it’s a TV, laptop, desktop, tablet or mobile phone, the official blog post reads.

The new Google Stadia streaming service will initially be launching in the US, Canada, UK, and Europe later this year. 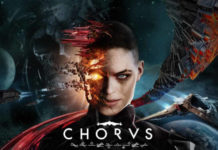