Xiaomi’s first Android Go smartphone the Redmi Go was first launched in January this year. On a later date, we also found the first leaked poster of the device which revealed most of the device specs. Now, Xiaomi has officially confirmed that the Redmi Go, Xiaomi’s first Android Go smartphone will be launched in India on March 19.

Global VP Xiaomi, Manu Kumar Jain via his own Twitter account also tweeted a teaser post in Hindi asking people to register for the launch event for an upcoming device.

Since this is an Android Go device you shouldn’t expect highly upgraded specs. However, the leaked poster revealed that the Redmi Go smartphone will feature a 5-inch LCD display with 1,280 x 720 resolution and (16:9) aspect ratio.

The phone will be powered by Qualcomm Snapdragon 425 processor and Adreno 308 GPU for gaming. The phone will come coupled with 1GB RAM 8GB storage with expandable storage up to 128GB. 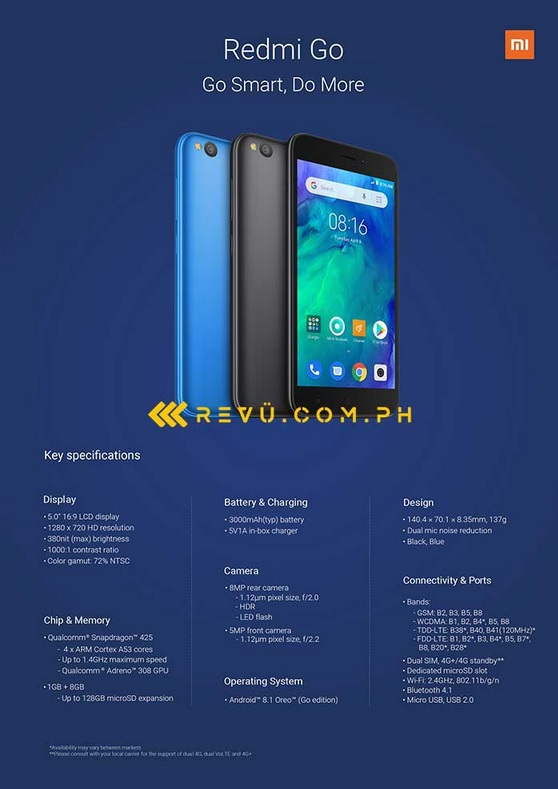 For its price and availability, we don’t have any official details yet.