Cyberockk
Home Mobile Nubia Red Magic 3/Devil 3 to Be Launched on April 28 in...

Nubia’s Co-founder Ni Fei via his official Weibo account today announced that a new gaming device called the Red Magic 3/Devil 3 will be launched in China on April 28. Ni also shared the launch poster of the upcoming Nubia Red Magic 3/Devil 3 smartphone on his account. The poster, however, didn’t reveal any specs details of the device. 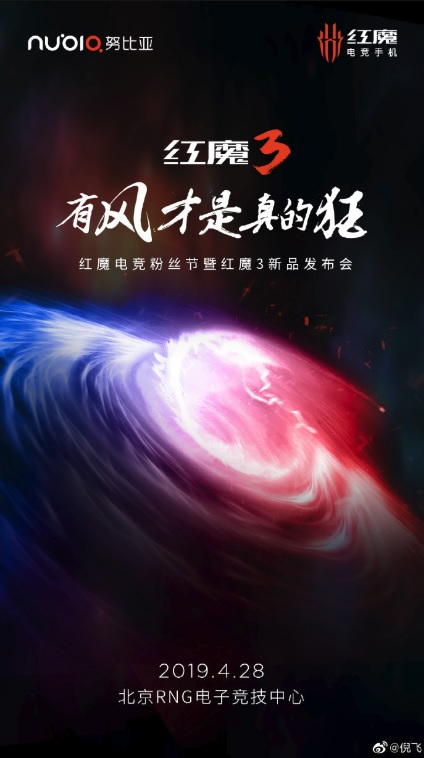 Nubia first introduced its gaming smartphone called the Nubia Red Magic Mars back in 2018. The phone was launched powered by a Qualcomm Snapdragon 845: 64-bit Octa-core SoC clocked at 2.8GHz and Adreno 630 GPU.

The Red Magic 3 will be launched in China on April 28, but there are no pricing details available as yet.

Nubia Red Magic Mars Pre-order Starts in the US, Canada, UK and Europe