Valve’s released the beta of its newest strategy game Dota Underlords earlier today on Android, iOS, and PC via Steam. Interestingly, just in a few hours after its release. Dota Underlords surpassed Vale’s own Artifact by crossing the number of players over 1,20,000. At the time of writing this post, more than 1,24,515 players have already played the Dota Underlords according to the Steam Charts and that’s a huge number for a newly released game. 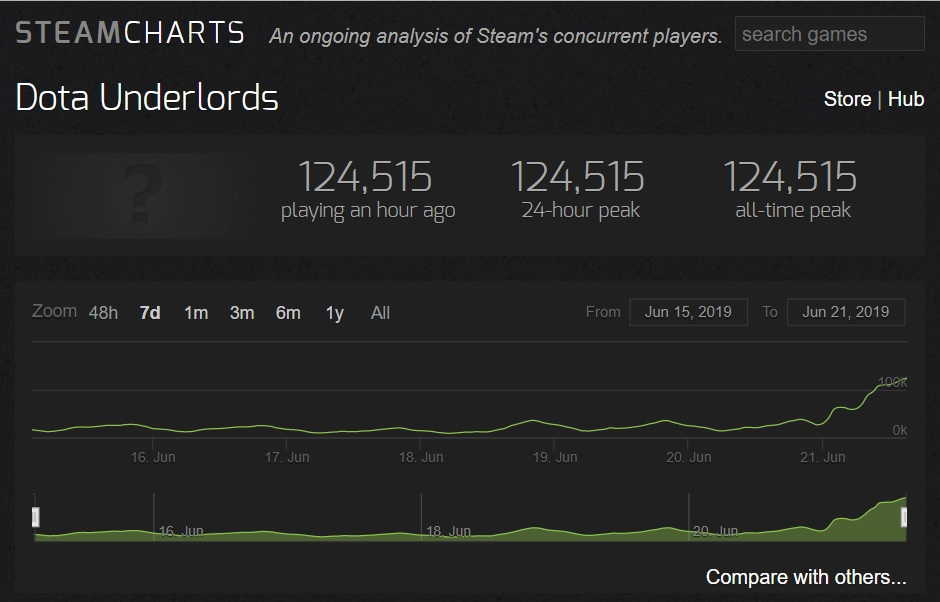 One possible reason for that big number could be that the game is available as free to play, so anyone who likes can start playing the game. Notably, Dota Underlords released earlier this month on June 13 for Dota 2 battle pass owners.

You can download the Dota Underlords for free on Android from Play Store, for iOS via iTunes Store and PC from Steam.