As it was previously leaked, Gears of War 5 aka Gears 5 has finally got its release date and it’s coming to Windows 10 PC via Steam, PS4 and Xbox One on September 6 for early adopters and September 10 worldwide. If you recall, Microsoft recently announced that it will bring more than 20 Xbox Game Studios titles on Steam, starting with Gears of War 5 aka Gears 5 and all Age of Empires I, II & III: Definitive Editions.

Gears of War 5 is now also available for pre-order via Microsoft store priced at $59.99 for the Standard Edition. While the Ultimate Edition is priced at $79.99. The game will be available for play 4 days early with exclusive content for Xbox Game Pass Ultimate members. 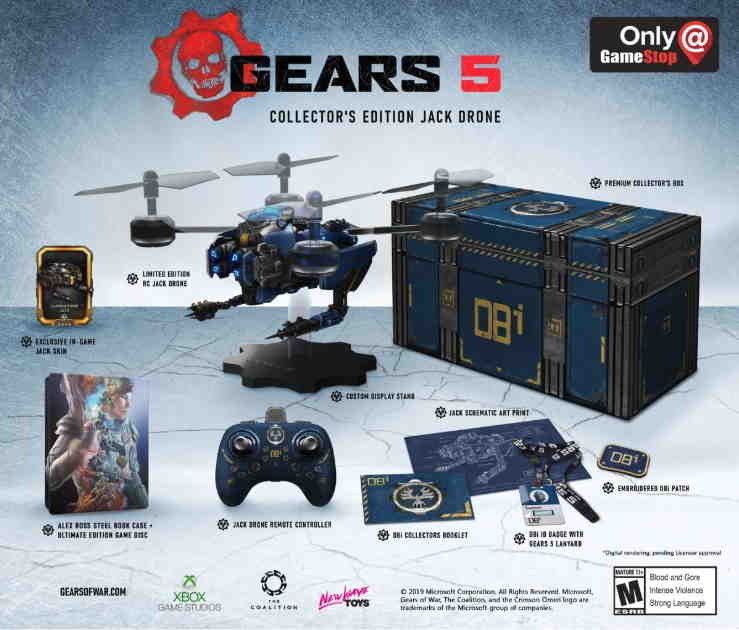 This time, Gears of War 5 will also come with a new tool called, Map Builder where players will be able to create, play and share their own Gears maps for Escape mode. Check out the official Escape mode trailer below.

Gears of War 5 will be available for Windows 10 PC via Steam, PS4 and Xbox One on September 6 for early adopters and September 10.

Gears of War 5 aka Gears 5 and Age of Empires 1, 2 and 3 Definitive Editions Coming to Steam Soon