Cyberockk
Gaming Bethesda to Remove Anti-cheat from Doom Eternal in Next PC Update 1.1

Bethesda relaesed the first Doom Eternal update 1 this past Thursday which also brought the Denuvo Anti-Cheat technology to the game. Notably, soon after the update went live,  many of the players started reporting about the instability and performance degradation issues on PC, and some even related the issues to the inclusion of Denuvo Anti-Cheat technology into the game.

In a Reddit post earlier today, Bethesda provided some important information on why they included the Denuvo Anti-Cheat technology in the first Doom Eternal update. Bethesda shared a number of factors that made their decision to include Denuvo Anti-Cheat technology in the Doom Eternal. You can check out the factors given below.

After this, Bethesda announced that despite their best intention, feedback received from players has finally made the team to remove the anti-cheat from next Doom Eternal update 1.1 for PC.

Please note, that Bethesda has clarified that the decision of removing the anti-cheat from the game is not related to the performance and stability issues introduced in Update 1.

Bethesda notes that their decision of including the Denuvo Anti-Cheat was based on the factors and goals listed above.

In addition to the upcoming Doom Eternal update 1.1 for PC. Bethesda also revealed that they have fixed several crashes in our code related to customizable skins and have also identified and fixed a number of other memory-related crashes that should improve overall stability for players. Finally, Bethesda noted that the performance issues some players have experienced on PC were based on a code change related to VRAM allocation.

Notably, all these fixes will be available in the upcoming Doom Eternal update 1.1 for PC.

DOOM Eternal is now available for on PC, PS4, Xbox One, Google Stadia and Nintendo Switch. 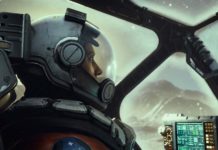 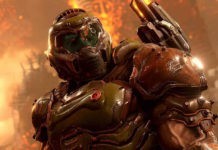 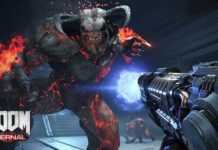 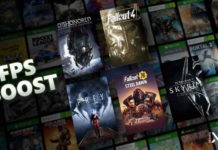 Five Bethesda Games Get FPS Boost on Xbox Series X and Series S, Here is How To Enable It

Bravely Default 2 and Doom Eternal for Nintendo Switch Could Release in 2021, According To a Retailer Listing