The season five is here and it brings Four Multiplayer maps, new Operators, and a comprehensive Battle Pass system. This includes two 6v6 maps and a Gunfight map. There are also new game modes coming for both Multiplayer and Warzone. A detailed Modern Warfare season five content roadmap can be found here. 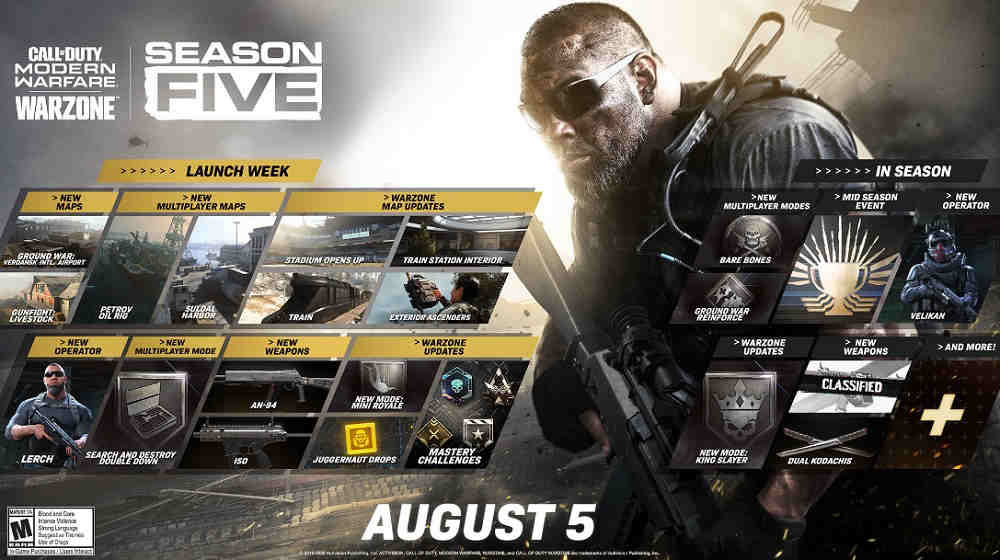 Xbox Series X/S: Microsoft Says There Was A “Record-Breaking Demand” for...

Starfield and The Elder Scrolls 6 Will Get “Largest Engine Overhaul...