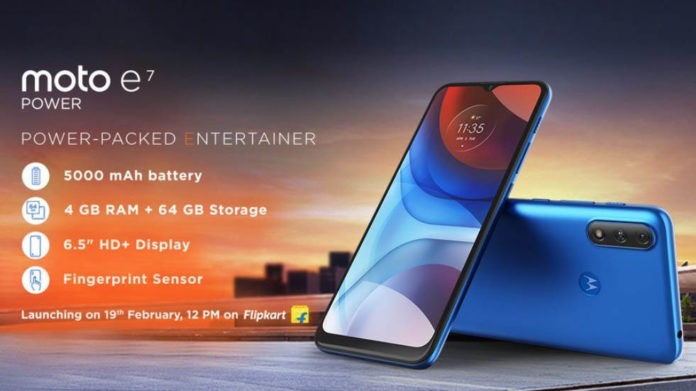 Welcome the #PowerpackedEntertainer #motoe7power that will take you on an entertaining ride with a long-lasting powerful 5000 mAh battery, efficient 4 GB RAM, 64 GB Storage, immersive 6.5" HD+ display, and more! Launching on 19th Feb, 12 PM on @Flipkart. pic.twitter.com/sZQPxVGJUh

As we can see in the image, the Moto E7 Power features a display notch that houses the front camera and a dual rear camera setup with an LED flashlight.

Motorola through its official tweet also confirmed that the new Moto E7 Power will be available via Flipkart starting February 19 at 12pm (noon) in a single 4GB + 64GB storage configuration. The company, however, didn’t reveal the price of the Moto E7 Power.