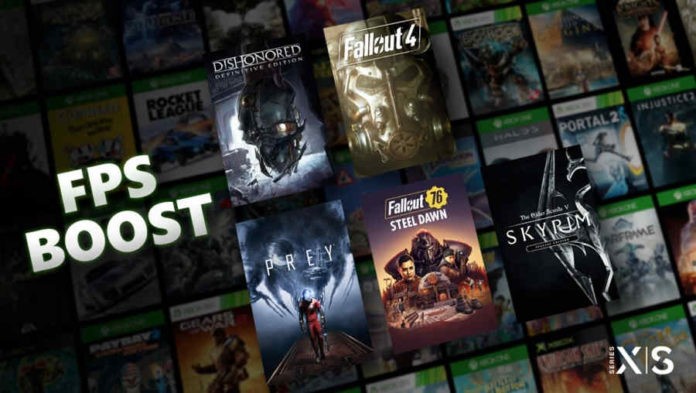 The good thing is that all these games are available with FPS Boost for Xbox Game Pass members too. Enabling the added FPS Boost option on the Xbox Series X and Series S, players on the two consoles can double the original framerate on select game titles.

Microsoft says that gamers can expect to see an increase from 30 fps to nearly 60 fps after enabling the FPS Boost on their Xbox Series X and Xbox Series S console. Microsoft also says that in some cases the FPS option may not be auto-enabled for some titles such as Fallout 4 and Fallout 76.

Notably, the latest update for the game listed above also includes a clear indicator if a title is running FPS Boost or not. If the option is not auto-enabled you will need to enable it by heading to your console settings.

Notably, with the latest update for select game titles, you will now see a new “Compatibility Options” button that you can use to toggle FPS Boost and Auto HDR “on” or “off.”