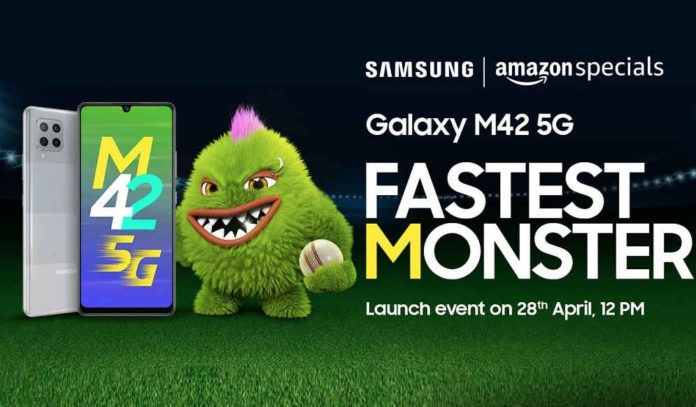 The Samsung Galaxy M42 5G Amazon India page also reveals few other details including the design of the handset as well as the rear and front camera placement. As we ca see, Samsung Galaxy M42 5G appears to have a water-drop notched selfie camera at the front while we can see a quad squire shaped rear camera setup at the back side of the device.

Amazon also confirmed that the Samsung Galaxy M42 5G will be powered by the Snapdragon 750G SoC and is teased to come with Samsung Knox security as well as Samsung Pay.

Based on the previous leaks, the Galaxy M42 5G is also expected to come running on the Android 11 operating system coupled with 6GB and 8GB RAM options. There could also be a 128GB storage variant as well. Further the phone is also expected to pack a large 6,000mAh battery.