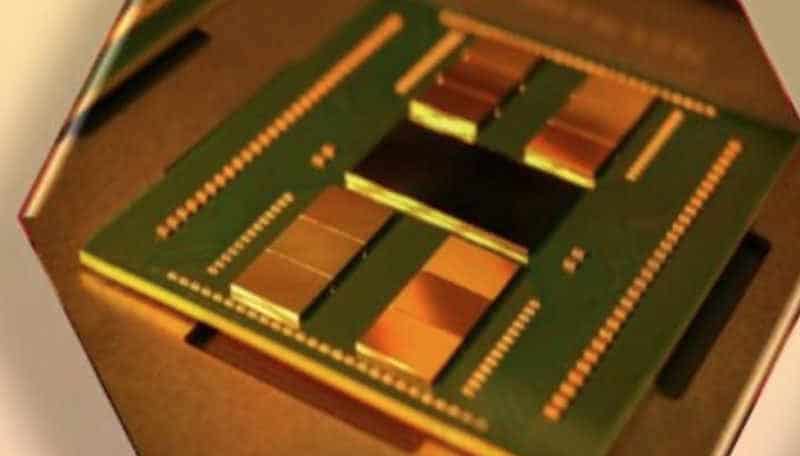 After the upcoming AMD SP5 socket image, AMD’s new processor has been spotted online: the AMD EPYC Genoa. This chip contains 16 cores on two complex Zen 4 Core complex dies. An image of the AMD EPYC Genoa CPU has just been leaked over the internet. Videocardz has obtained images of the chip, which shows X-rays of the massive Genoese IHS. Those images are supposedly from the first sample shipments of the AMD EPYC Genoa.

The chip will use the same Core Complex Dice found in desktops, but with more CCDs and a beefier I/O chiplet. It will likely end up in desktop computers, too. But first, let’s look at what else is new with this processor. The EPYC “Bergamo” server chip is based on the same architecture as the AMD Genoa and will ship sometime in the first half of 2023.

The chip will have a TDP of 320 Watts. The processor will be compatible with DDR5-5200 memory, an insane improvement over the current DDR4-3200 MHz DIMMs. It will also support up to twelve channels of DDR5 memory.

A server with this processor could have up to 3TB of system memory. That’s a pretty big step forward from previous generation processors.

It’s important to note that the Intel Sapphire Rapids Xeon processor family is expected to launch in 2022, as well. These new processors will be compatible with DDR5 memory and PCIe Gen 5.

Although Intel is expected to have a volume increase in 2023, it’s still early to say what will happen with AMD’s EPYC Genoa lineup. If the AMD EPYC Genoa is indeed the final version of the processor lineup, then the chip could be a real game changer in the server segment.