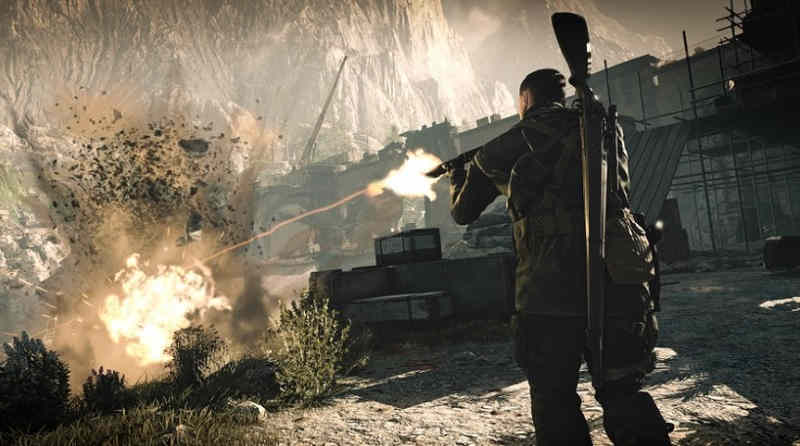 What is Sniper Elite 5 Invasion Mode?

Sniper Elite 5 Invasion mode is a new mode available to all players. Players will have the opportunity to battle against a single AI sniper or a team of Allies. The goal is to eliminate the opponent’s sniper, but there are many different ways to complete the mission.

Allied Snipers can use the Eagle Eyes features to track down their opponent. Invasion phones can be booby-trapped or be unlocked for the Allied Sniper.

How to Start Invasion Mode in Sniper Elite 5?

Invasion mode is an optional mode in Sniper Elite 5. To start an Invasion, you must destroy an Allied Sniper and defeat two other Allied snipers. Invasion Mode will also be available in co-op play as well, where the Axis Sniper has to kill the allied Sniper in order to make his way to the allied team.

Depending on the ally team, you can also choose to go into a co-op session and eliminate two Allies. As a bonus, having both types of Invasion mode activated will earn you bonus XP for completing missions.

The game’s Invasion mode will allow allied snipers to tap into the invasion phones. However, it’s important to note that these invasion phones can be booby-trapped and should be used sparingly, as using them too often will reveal your location to an Axis sniper.

Sniper Elite 5 is coming to Xbox One, PC, and PS4 according to the official release date. Both editions of the game come with the Xbox Game Pass, so you might want to check it out.

Can you turn Invasion Mode off?

Yes, there will be an option to switch the Invasion Mode off in Sniper Elite 5.

When will Sniper Elite 5 be released?

Which platforms will Sniper Elite 5 be released on?

Is Sniper Elite 5 coming to Switch?

There are no details for a Switch version of Sniper Elite 5 for now.

Will there be a physical release?

Physical editions are available on PlayStation and Xbox only.

What’s included in the different editions?

Will there be a Season Pass?

Will Sniper Elite 5 have cross-play?

Yes, cross-play will be supported across all platforms for Sniper Elite 5. You can also toggle it on and off as you wish.

Where is Sniper Elite 5 set?

France, 1944. Based on real-world locations, these are the biggest, most interactive maps in the history of Sniper Elite.