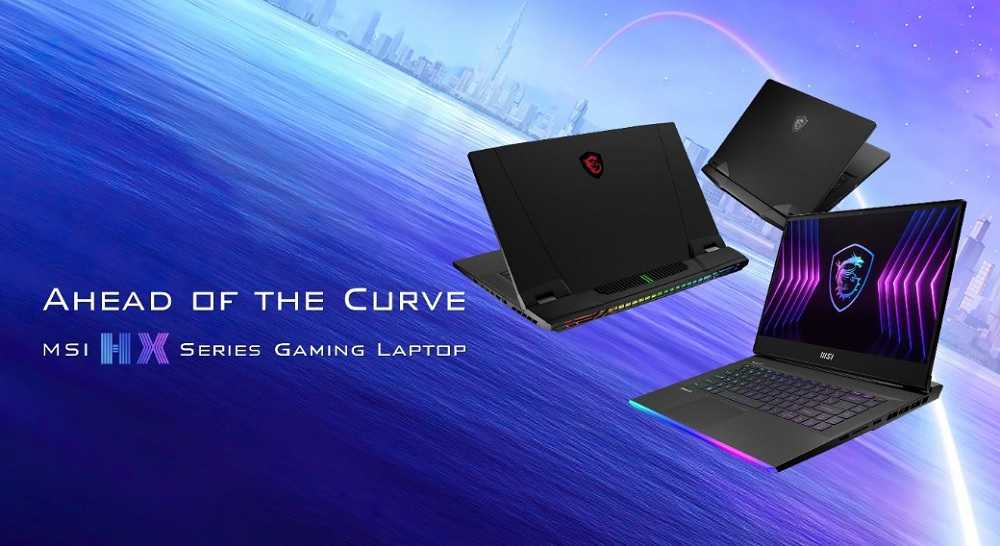 With Intel CoreTM i7 or above processors and NVIDIA GeForce RTX 3070 or above, the new series of laptops promises premium gameplay for the most performance-addicted enthusiasts.

The new gaming laptop lineup features a significant performance improvement over previous models, including up to 100% increase in CPU performance. And thanks to the robust cooling system, the new gaming laptops can push the latest Intel HX processors to their limits with a whopping 150W maximum turbo power. 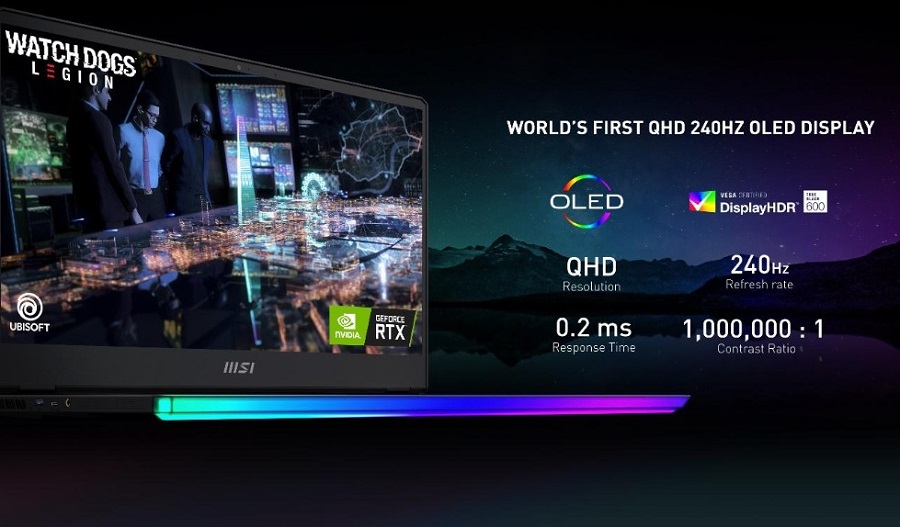 The exclusive MSI OverBoost technology also pushes the envelope with a combined 250W 1 power delivery to CPU plus GPU, promising the most immersive and premium gameplay.

Commenting on the announcement, Mr. Green Lin, Regional Marketing Manager, MSI, said “We are delighted to announce the availability of all new HX Series Gaming laptops in the Indian market. With this new range, we aim to cater to a comprehensive set of users who are in the lookout for enhancing their gaming experience with cutting edge features and superior performance laptops. Being the first ones in the market to introduce QHD 240Hz OLED display in laptops, we are confident that we will be able to offer the best with remarkable features like RGB light-bar and mechanical keyboard, SteelSeries GG software and Meta-Ready certification to our gaming enthusiasts. Further to this launch, MSI aims to continue its streak of offering powerful machines with the latest technology to ensure seamless user experience.” 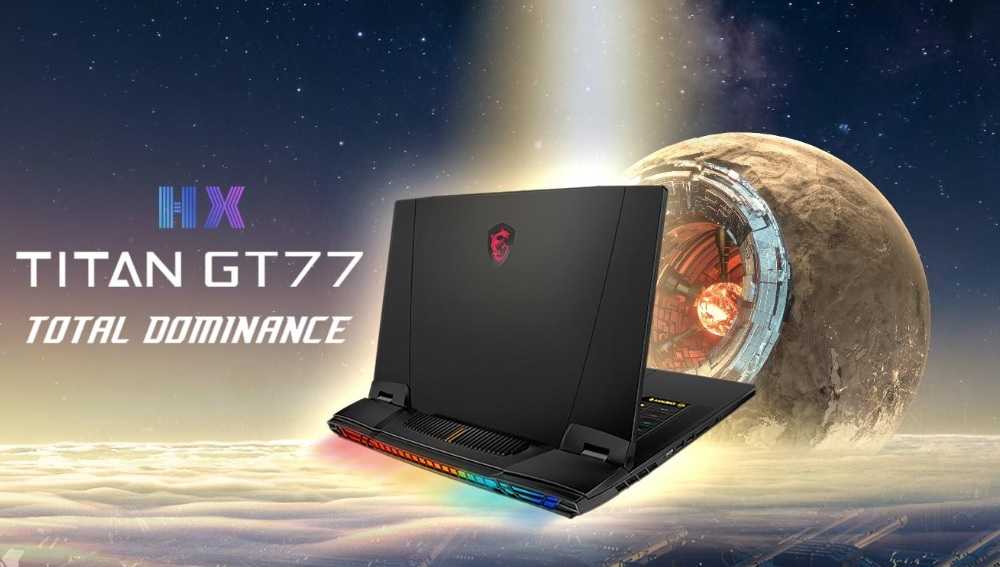 The Titan GT series has always been appreciated with its desktop-grade performance and strong cooling system. It has also won the heart of authority and been awarded as the Gold Choice of the Best of COMPUTEX Award.

The brand-new Titan GT77 triumphantly returns with not just that next level of performance and cooling, but a series of premium features including a RGB light-bar and mechanical keyboard with Cherry MX Ultra Low Switch.

The Cooler Boost Titian technology consists of 4 fans, 7 heat-pipes and a phase-change thermal pad, which unleashes the true potential of the latest 16-core Intel HX series processor. Thanks to its cooling, the Titan GT77 sports up to 150W MTP (Maximum Turbo Power) of processing power, which delivers doubled performance compared with the last-gen CPU.

The Titan GT77 doesn’t stop there and pushes the performance further with the exclusive OverBoost technology, reaching a whopping 250W1 of combined power delivery to CPU and GPU, promising desktop-caliber performance.

The new Titan GT77 also comes with desktop-level expandability with 4 memory slots and 4 M.2 slots, supporting up to 128G of memory and 32TB of storage2 for tons of AAA game installations or multiple browsing tabs opened.

The new Titan GT77 doesn’t just have a dominant performance and expandability, it also raises the bar for laptop keyboards through its mechanical keyboard with class-leading Cherry MX Ultra Low Switch, delivering the tactile and crispy keypress feel.

It’s also per-key RGB backlighted and able to be managed by the renowned SteelSeries GG software, promising a fancy backlight with personal style. There’s even more RGB with the light-bar located at the rear of the laptop, which is also manageable by the GG software.

The brand-new Titan GT77 has packed desktop-caliber performance and expandability, and reshaped the way of desktop replacement with its 23mm-thin chassis. It’s the ultimate “Desktop Replacement” presented for those who are looking for a gaming laptop without any compromise. 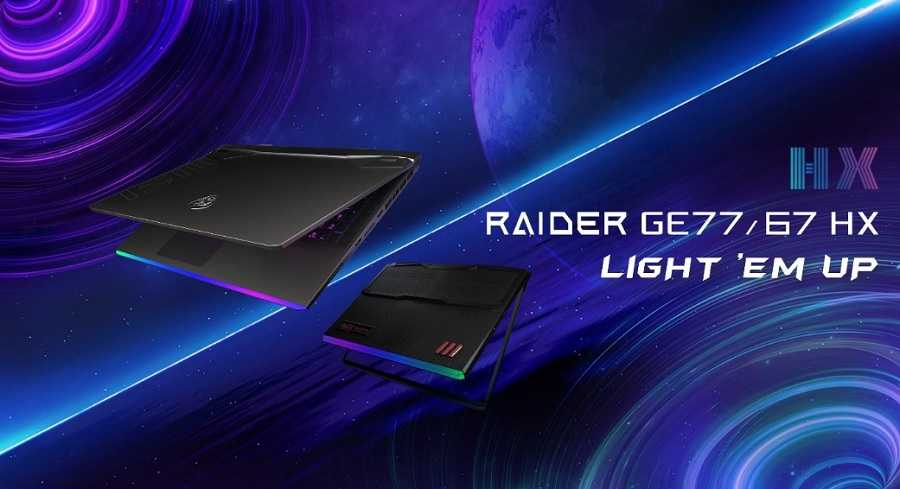 Raider GE series has always been the raw performance leader of modern gaming laptops and now gamers can experience its newly equipped 16-core Intel® HX processor, promising up to 150W MTP (Maximum Turbo Power) of processing power. Gamers are favored by the combined 250W1 power of CPU and GPU, thanks to the exclusive OverBoost technology.

These mighty performance upgrades are perfectly presented with the world’s first QHD 240Hz OLED display on the latest Raider GE67 which balances resolution and refresh rate, and delivers a visual feast with super-low 0.2ms response time, super-wide DCI-P3 100% color gamut and super-high 1,000,000:1 contrast ratio. These eye-watering specs translate into the most immersive gameplay for gamers. 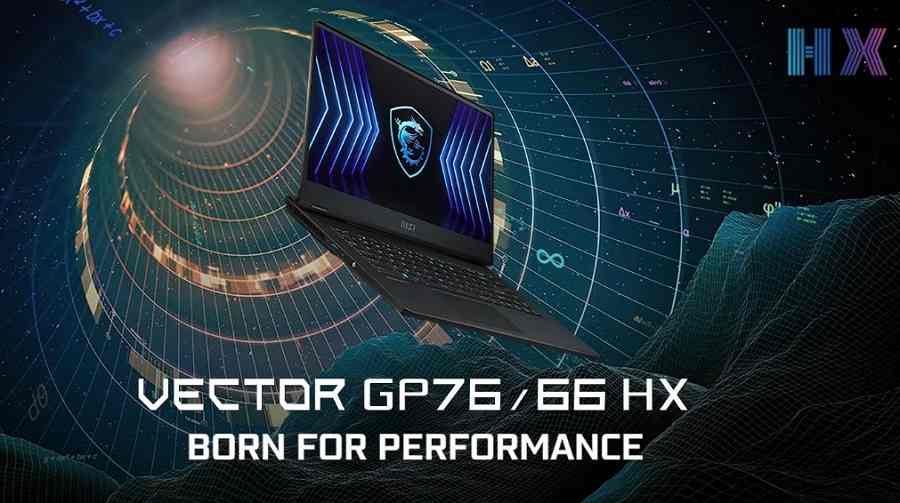 The Vector GP Series was born with a new concept; the name “Vector” represents MSI’s expectation for the GP series to have all the power needed to move forward with a satisfying experience in gaming, engineering, or scientific computing. With Cooler Boost 5 Technology, the Vector’s performance can reach up to 250W1 via MSI OverBoost. These features create a smooth and stunning gameplay for gamers. 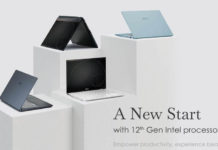 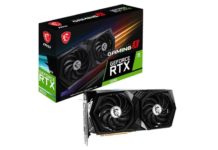 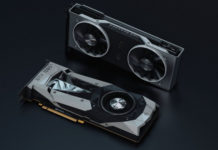