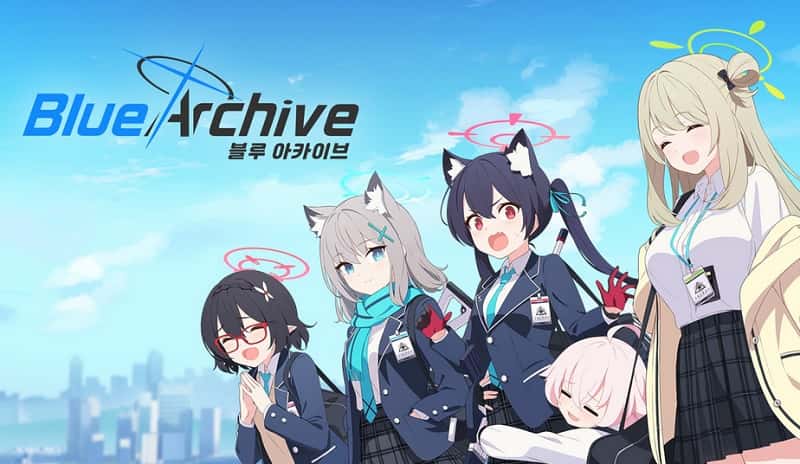 Nexon Games has announced that their smartphone role-playing game, Blue Archive, will receive an anime adaptation. The announcement follows the release of an animated promotional teaser poster (below) that highlights the key art of the upcoming anime. The official website for the Blue Archive Anime Adaptation is also live now.

In the upcoming Blue Archive anime, Arona, one of the characters from the game, will be a cast member. Other details have yet to be announced. Although no specific date has been given, the anime will celebrate the second anniversary of the game.

This anime-style RPG, which was first known as Project MX, takes place in the academy city of Kivotos. Players take on the role of a teacher, a role that also involves guiding students as they solve incidents within the city.

Kivotos is divided into districts, with each district ruled by schools. There is also an official school governing body called the General Student Council, which is the highest authority. They are responsible for regulating the academies.

During the Eden Treaty ceremony, which was held between rival schools in Kivotos, Arius, an underground satellite school, attacked the event. After the ceremony, a secret faction of the Make-Up Work Club led by Arius started a military campaign. Sensei, a member of the General Student Council, helps the club to find a solution.

The game was originally launched in February 2021. Now, it ranks as the second best-selling mobile game in the App Store. Currently, Blue Archive is available in 237 countries and regions, including Korean, Chinese (traditional), Thai, and more. For more information on the game, visit the Official Website.