Cyberockk
Social Do You Want To Know Whether Your Twitter Followers Are Real Or...

The essence of having a large following on Twitter goes beyond ego and simply implies that you are likeable. In the past, anyone with hundreds of thousands of Twitter followers was regarded a celebrity. In today’s techno survey world, a million followers could mean nothing due to the emerging trend of fake Twitter followers.

One of the hardest tasks of operating social site accounts is getting a large audience. It is easy for anyone to get more followers on twitter in a short time by signing up on the fake followers website. If you created your Facebook or Twitter account with your business in mind, then the number of followers means the world to you. However, it is useless to have fake followers in your account regardless of whether your tweeting for business or fun.

Statistics
Did you know that Twitter has in excess of 200 million users? It is also a fact that approximately 460,000 new accounts are created every day which amounts to 140 million tweets every day. This means the fake follower phenomenon is set to grow.

How to Put Your Twitter Account to the Test
Several online services offer to test the validity of twitter accounts. Most of these analytics base their measurements on sample data. This article focuses on the services offered by Status people. This organization offers a free service known as fake followers check. The application analyzes a person’s Twitter followers to determine whether they are real or fake. Fake followers check will take a sample of 500 followers and checks them against a series of spam criteria. The application will then look for accounts that are dormant or accounts with a low following in order to generate a percentage. This program is more accurate with Twitter accounts that have 10,000 followers or less but it can also determine the possible number of fake followers for Twitters with a larger following.

How Does Fake Followers Work
The fake followers program is simple and does not require any special skills. You only have to get the application and after you log in to your twitter account, let the program run its cause. After the application is through, it will present to you a percentage of good, fake and inactive accounts that are within your following.

What Next?
After you learn of the validity of your Twitter followers what is the next step? If the results for your account are positive for fake followers, you should not panic. At least you know how many real people your dealing with and this should prompt you to change your tweeting strategy. Do not be desperate to increase your following. Try to buy twitter followers from a different company. You should also search for legit strategies of how to get more followers on twitter.

Roman Sahakov is the founder and CEO of Frozzo Social Media Marketing Agency. He has a professional team that helps artists, businessmen and marketers to get more followers on twitter. They really enjoy working with Frozzo.

Rizwan Ahmad
About the Author:
This article is contributed by Roman Sahakov and posted by Rizwan Ahmad Author and founder of www.cyberockk.com, He is a tech blogger from India and he loves to share his thoughts by writing articles on this site to the different topics related to technology world, 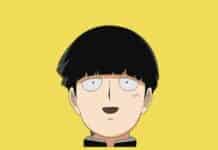 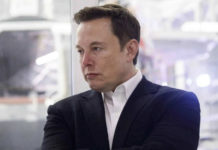 Simple Steps to Modify Email Address in Your Facebook