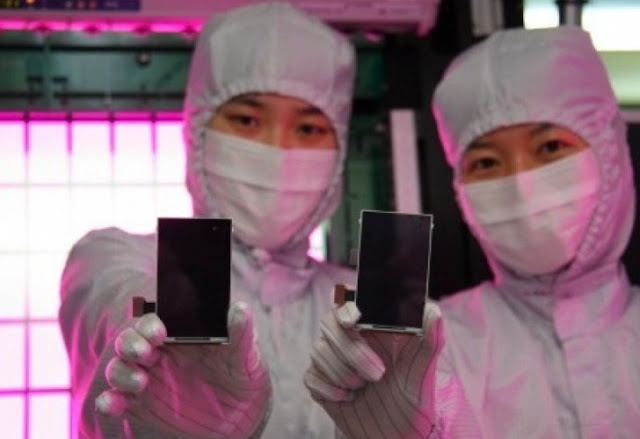 The Cupertino based company Apple is in news these days regarding the production of 100 million 5.5 inch OLED (Organic light emitting diode) displays for 2017 iPhone’s as there have been speculations about Apple shifting from use of LTPS (low temperature poly-silicon) for it’s iPhone’s display.An earlier report is indicating that Apple will be partnering solely with leading Technology giant Samsung for the supply of flexible OLED displays.

A report from China even claims about a contract signed between Apple and Samsung for 100 million 5.5-inch OLED panels for 2017 iPhone. It adds that both the companies have agreed for a 3-year contract. Although there is no confirmation, but another report is suggesting the use of OLED panels in iPhone7s and iPhone7splus only but no surety that the OLED panels will not be used in smaller models.

A report from Korea goes to the extent of claiming about setting up of an independent production line by Samsung for the manufacturing of OLED panels for Apple’s iPhones and the facility having a production capacity of 1,20,000 panels per month is expected to start production by the second quarter of 2016.

Well, the reports mentioned above give an idea of a brilliant new product if there is a collaboration  between the two leading technology companies in the world.