Cyberockk
Home Mobile Lenovo is all set to launch Z1 in India on 10th May... 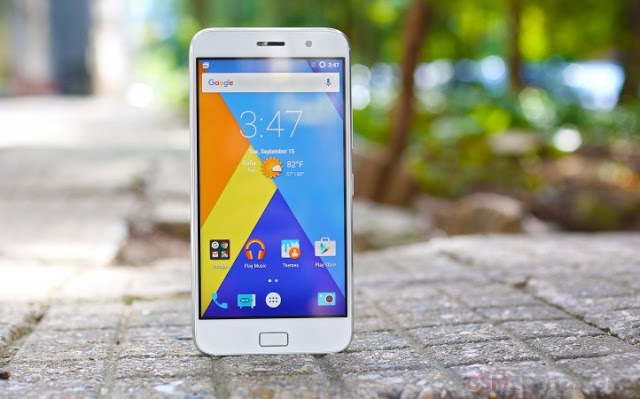 The Waiting time is over for specially the Lenovo Fans among the Gadget lovers and as expected, Lenovo, India has confirmed the launch of its Z1 smartphone under it’s online-only sub brand ‘Zuk’ in India in second week of May.

Hence, the Z1 from the Chinese smart phone maker company will be launching in India on 10th May 2016 as per companies post on leading Social Networking Site Facebook.

The first smart phone ‘Z1’ from Lenovo’s online-only brand ‘Zuk’ will be supporting Indian LTE Bands 3 (1800MHz) and 40 (2300MHz) and as mentioned in previous article, one of the main highlight will be Cyanogen OS 12.1, based on Android 5.1.1 Lollipop.

The company said on Facebook as “Announcing the world’s first crowd sourced product launch where you take center stage to launch the Lenovo Z1.” In India, the smartphone will be sold as “Lenovo Z1 – powered by Zuk.” In contrast to China where it is sold as the Zuk Z1

Unlike the Chinese market where it is sold as the Zuk Z1, the smartphone in India will be dubbed “Lenovo Z1 – powered by Zuk.” The biggest highlight of the Lenovo Z1 is that it runs Cyanogen OS 12.1 based on Android 5.1.1 Lollipop, which means that users will get many options to customize their phones and moreover, Z1 embeds the fingerprint scanner on home button and much like recently launched flagship smart phones.

Hence, we can expect a  brilliant piece of work from Lenovo on 10th May and as other features already being discussed in our previous article about the Z1 as mentioned below:

•    There is a Qualcomm Snapdragon 801 processor clocked at 2.5GHz with integrated Adreno 330 graphics, coupled with 3GB of RAM
•    With no option for expansion as of now, there is good amount of 64GB of inbuilt storage
•    There is also Dual-Sim support (both Nano-SIM) supporting 4G LTE connectivity and Indian LTE bands – FDD Band 3 (1800MHz) and TDD Band 40 (2300MHz).and backed with 4100mAh battery
•    Camerawise ,there is a 13-megapixel rear camera with a Sony IMX214 sensor and optical image stabilization (OIS), a feature usually found only in high-end smart phones. There is also an 8-megapixel front-facing camera
•    Z1 is a Light weight and Slim phone weighing 175 grams and measures 155.7×77.3×8.9mm.
•    The Z1 from Lenovo’s Zuk features the USB Type-C 3.0 port. Other connectivity options on the Zuk Z1 include Bluetooth 4.1, Wi-Fi a/b/g/n/ac, GPS, and Glonass.
•    It also features an accelerometer, ambient light sensor, gyroscope, digital compass (magnetometer), and proximity sensor.

Therefore, after knowing about the various attractive features for the Z1 from Lenovo, we can hardly wait to see the latest smartphone from the Chinese multinational company. Lenovo has always delivered upto the mark products for it’s customers and this time also, we can expect the same.

Shibli Hashmi
About the Author:

Shibli is a tech writer with good skills of writing, he is passionate about technology and love
to write on Latest Tech News, Gadgets, Mobiles, Startups, Games etc. You can follow him on Google+.

Nokia 3.2 Android 10 Update is Now Started Rolling Out in India and More Countries

Xiaomi Adds Android 10 Gestures Feature to MIUI, Here is How to Enable it