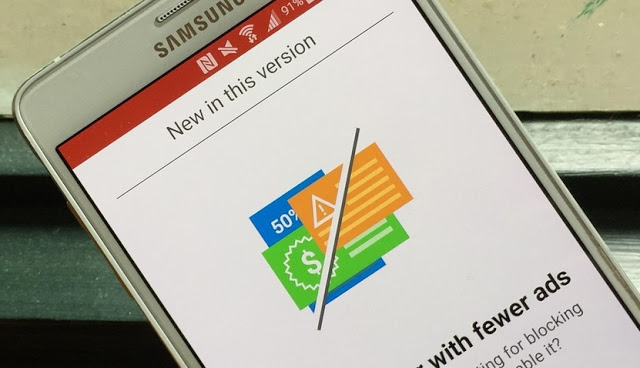 In field of technology and Internet, Ad-blockers are a category that’s generating a lot of interest at the moment and there are a number of ad-blocking apps available right now. The world famous Web browser ‘Opera’ has brought another gift for it’s Android Phone Users which will make  internet browsing experience 40 times faster.

Now, what  irritates us most while doing our important work is the popping up of unwanted ads and the slowing down of internet speed and our phones adds up to the problem. Hence, Opera Mini has now and ad-blocker system integrated with the browser.

The feature of ad-blocking was earlier introduced by Opera for Desktop users as Lars Boilesen, CEO, Opera says “Opera is the first browser company to offer an native ad blocker across devices.

We do this because we want to provide people with the fastest browsers in the market. Our speed test shows that online ads slow down the browsing experience. Now, with Opera, you can browse a lot faster than, for example, in Chrome,”

The announcement was made by Opera on Wednesday regarding the integrated ad-blocker for Android. Hence, the company has extended the feature to it’s Android browser after becoming the first major browser maker to integrate a built-in ad-blocker on the desktop.

Browsing becomes 40 percent faster on Android with Opera Mini
As per the company, opera mini users on android based phones will also be able to save 40 percent time with the help of integrated Opera Mini blocking ads and moreover, the customers will also save on data consumption for loading a page by around 14 percent.

Opera will be rolling out its free VPN as a standalone app that will work with all the apps installed on your phone because the way of accessing internet on mobiles is different and there is more dependency of mobile applications and just browsers. Hence according to the company, the VPN is still in development and it will not be bundled with the Opera browser on mobiles.