The free Doom update also adds new ‘level cap’ for multiplayer ranks which now goes up to Echelon 11 and when you reach the level you’ll unlock the DOOM Marine Armor as an added bonus.

There are a lot more new features has been added to the free update and in addition to this, the free update also brings a new multiplayer mode called Infernal Run plays like Doom football. “Teams fight for control of the (eye) ball, which must be carried or thrown into the opponent’s goal to score,” reads the official description. To get the ball rolling, a double XP event will run until December 12. 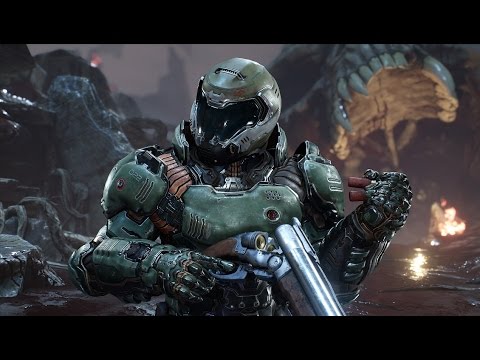 The developer of the game ‘bethesda’ said that to celebrate the new multiplayer additions players will also get double the XP in multiplayer from now until December 12 at 12pm ET.

Bethesda also noted that the Bloodfall, the final DLC for DOOM, will be available on December 15! and will include 3 new maps.

“Bloodfall, the final DLC for DOOM, arrives on December 15! Turn invisible as the Spectre Pinky demon across three new maps in our third DLC. Look for more details coming next week.” the developer wrote on Doom’s official website.