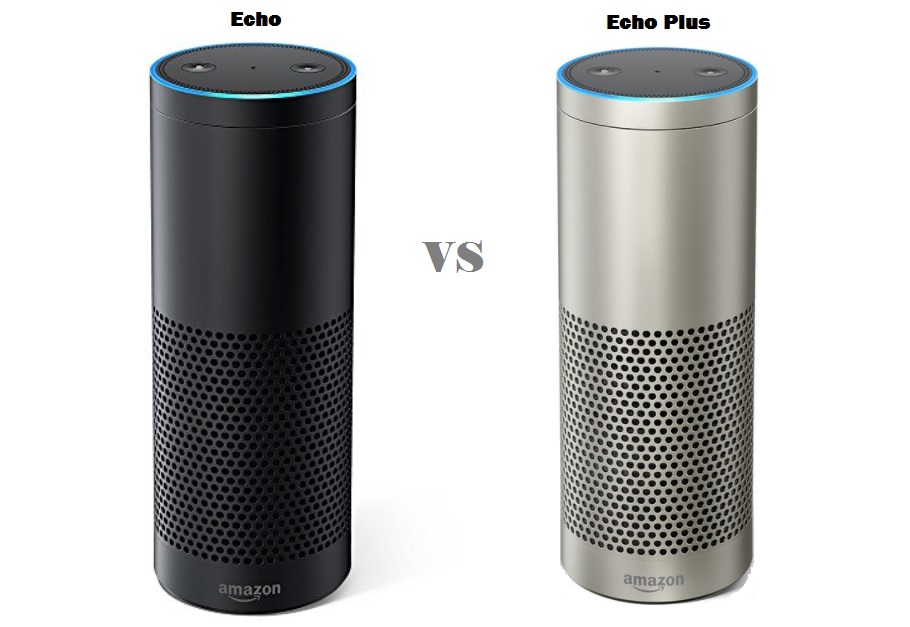 After a long wait, the gadget lovers are happy to know about the launch of Echo Plus which is a wireless speaker with smart capabilities. This Echo Plus is actually advanced version of Amazon Echo which was launched earlier in 2015.

Although Echo was successful, like any other machinery or technology, users are anxious for upgrades which make their work easier. Hence, Echo Plus from Amazon comes with a much better Dolby digital Sound Quality and Bass effect. For a quick review of old vs new, we can go through the below-mentioned table : 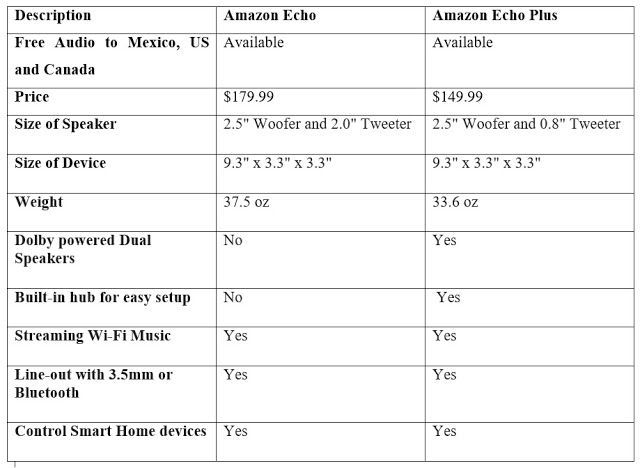 Hence, as we see from above table, the specifications for Echo Plus have improved from the older version Echo launched in 2015. The Echo plus is lighter in weight although similar in size to the older version.

The Sound quality is upgraded to Dolby and crisp bass effect makes the experience more enjoyable to listeners. The size of the device. The size of speaker tweeter is reduced in echo plus  and the advanced version is more economically priced at $ 149.99

What is actually Amazon Echo Plus and what are the benefits?
Echo Plus from Amazon which was launched at a recent Press conference along with other smart gadgets is actually a wireless speaker and built-in with voice assistant “Alexa”.

The voice assistant feature although available with the previous version also but the latest Echo plus (2017) is much smarter. The smart speaker will respond to the name “Alexa” can be reconfigured to respond to “Amazon”,”Echo” or “Computer” The Echo Plus can be utilized for voice interaction, playing music, setting alarms, daily work lists, playing audiobooks and providing weather information, traffic news, and other real-time information. 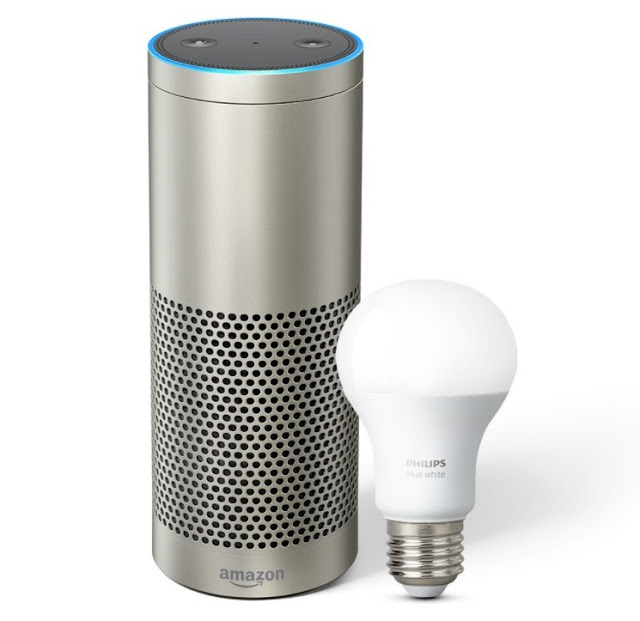 That means the applications which make echo plus work in coordination will not function without the wi-fi. Moreover, the echo plus requires constant power supply also

Improvements with Echo Plus
As most of the users are aware of the voice assistant function of Amazon Echo launched in 2015, the upgrade was necessary to stay recognized in the ever-changing competitive technology market. The main area of improvement is the sound quality of Echo Plus.

Moreover, the voice assistant feature has also become considerably smarter. Amazon has launched the Echo Plus (2017) with Dolby Sound Processing giving listeners the 360° sound experience. Hence, with the new system, you’ll get pleasing and enriching experience. 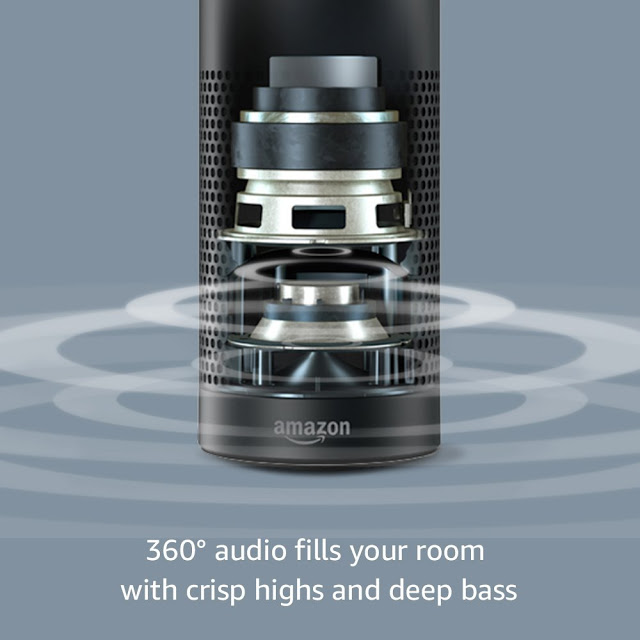 The earlier version Echo(2015) was a good voice assistant but sound quality received a bad response. With, second-generation far-field voice recognition, the Echo plus can easily recognize your voice from a good distance and hence, if you are working in the kitchen and give the command to the device kept in Bedroom, Echo plus will perform the required task for you.

The built-in smart home hub in Echo Plus enables it to easily control other devices using apps and skills. Moreover, the Echo plus is able to pair up commands. For example, you say “Alexa, good morning.” and smart speaker cab opens up the smart window shade, turn on the lights, get the weather information simultaneously.

As mentioned earlier also, Echo Plus has become not only smarter but also more powerful from the previous model. Now, it can control other appliances even on low strength signals, thanks to the use of ZigBee. (Zigbee is a low-power, low data rate, and close proximity (i.e., personal area) wireless ad hoc network.)

Other products launched with Echo Plus

Along with Echo Plus, there are some other surprises as well from Amazon:

Should You Upgrade?
Well, folks, the Echo Plus looks like a complete package to me for now and with great improvements in Sound Quality which was the main weak point last time in 2015, I don’t think that critics will have much to talk about.

Moreover, with pre-orders already being done at Amazon at price of $149.99 and despite the upgraded version, the price of echo plus is economical. Also, Amazon has great customer service (no need to mention that) and so, in case you don’t like the product, you can go for an exchange. So, According to me, you should definitely go with the Amazon Echo Plus upgrading your older version of Amazon Echo. Amazon Echo Plus will be released on October 31, 2017.

Hence, I can’t wait to order for the Echo Plus. What about you? Kindly share your thoughts in the comment section below. Thanks and stay tuned for latest updates. Thank you.

About the Author:
Shibli is a tech writer with good skills of writing, he is passionate about technology and love to write on Latest Tech News, Gadgets, Mobiles, Games etc. You can follow him on Google+.