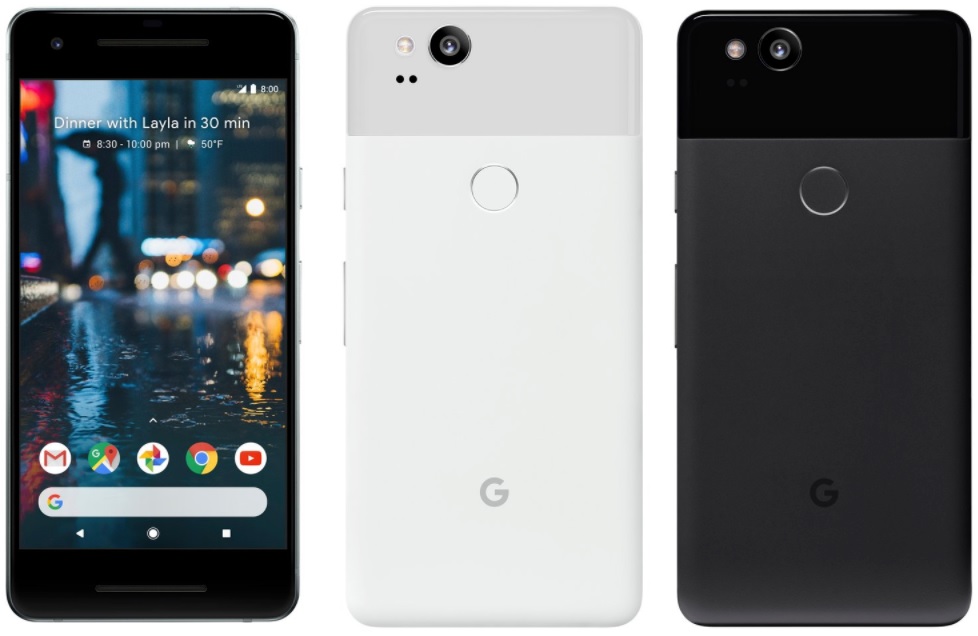 Pixel 2 Specifications
Google Pixel 2 features 5-inch FHD display with Gorilla Glass 5 protection. The screen size is not known as of now. The Pixel 2 is powered by Qualcomm’s Snapdragon 835 processor, as expected, and it comes with 64GB and 128GB of internal storage variant. Both devices comes with 4GB of RAM. It will be running Android 8.0.0 Oreo.

As for as the design is a concern, the Pixel 2 will follow the same design from last year Pixel device. The 3.5mm headphone jack will also be missing from Pixel 2 this time, which was there last time.

On the camera front, The phone will sport single camera on the rear with OIS & Google Imaging Chip.

Both devices will be IP67 certified water and dust resistant. Pixel 2 will pack a smaller 2700mAh battery compared to the 3520 mAh battery on the Pixel 2 XL.

Pixel 2 XL Specification
The Pixel 2 XL features the same specifications except its 6-inch QHD curved display and a larger 3520 mAh battery. Both the displays are protected by 3D Corning Gorilla Glass 5

Both devices will come with E-SIM card slot that will allow users to use different networks without having to replace their SIM card.

On the camera front, the Pixel 2 and Pixel 2 XL offer the industry-best camera sensors. According to Google, DxOMark has given the new camera on Pixel 2 a score of 98. Both the phones house a 12.2-megapixel rear camera with f/1.8 aperture and optical and electronic image stabilisation. The front facing 8-megapixel camera has an aperture of f/2.4 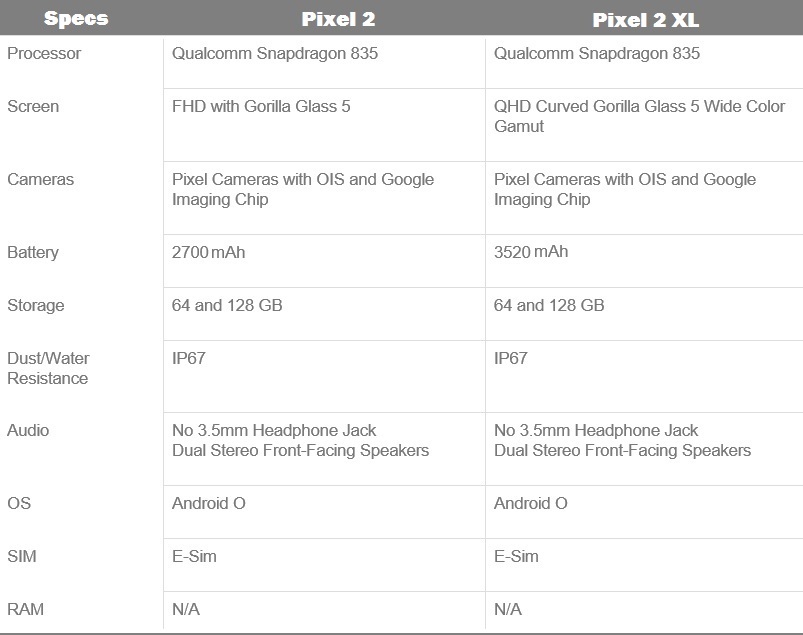 While the smartphones will be available from over 1,000 offline stores in the country, they will be exclusively available online via Flipkart. India pre-orders for the Pixel 2 and Pixel 2 XL start from October 26, and it will finally go on sale on November 1 and latter on November 15.

What do you think about the Pixel 2 and the Pixel 2 XL? would you consider buying any of these two devices with these specs and pricing? Let me know in the comments down below.