CES 2019 is already up, and since the last couple of days, we have seen a number of new product showcased at the ongoing consumer electronic show. Recently, Nvidia announced its latest line up of RTX graphics card including Nvidia RTX 2060 RTX 2080. We have also seen ASUS announcing its latest TUF Gaming FX505DY and FX705DY Laptops for gamers at the event.

In our previous post, we had reported that ASRock will be showcasing its new product line including the new B365 Phantom Series Motherboards, a new AMD DeskMini A300 PC and Graphics Cards, and today the company finally announced it.

The B365 Phantom Gaming 4 features M.2 slots which can be used to install two SSDs at the same time.

It also includes six SATA 6-Gbit ports, two RGB headers for the additional connection of RGB LEDs and two USB 3.1 Gen2 ports, one of which has the USB Type C standard. For sound, the Phantom Gaming 4 uses Realtek ALC-1200 chip, while the B365 Pro4 features a Realtek ALC 892 chip.

ASRock hasn’t announced the availability and the pricing of these motherboards as yet. 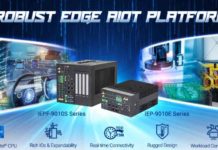