Two slides carrying Intel’s latest 9th Gen mobile lineup has been leaked (courtesy of momomo_us) that contains performance figures and other details of Intel’s upcoming Core i7-9750H mobility flagship along with the NVIDIA GeForce GTX 1650 GPU, that was recently leaked in PowerPoint slide from a recent Chinese retailer event on Twitter. The slide also reveals the upcoming MSI GL63 Gaming Laptop that will be powered by Nvidia GTX 1650 4GB graphics and the Intel Core i7-9750H.

The first slide shows the details of Intel’s upcoming Core i7-9750H mobility chipset. The slide reveals that the i7-9750H will be around 30% faster than its predecessor. As for the GPU, the GTX 1650 will offer around 40% more performance compared to the GTX 1050. 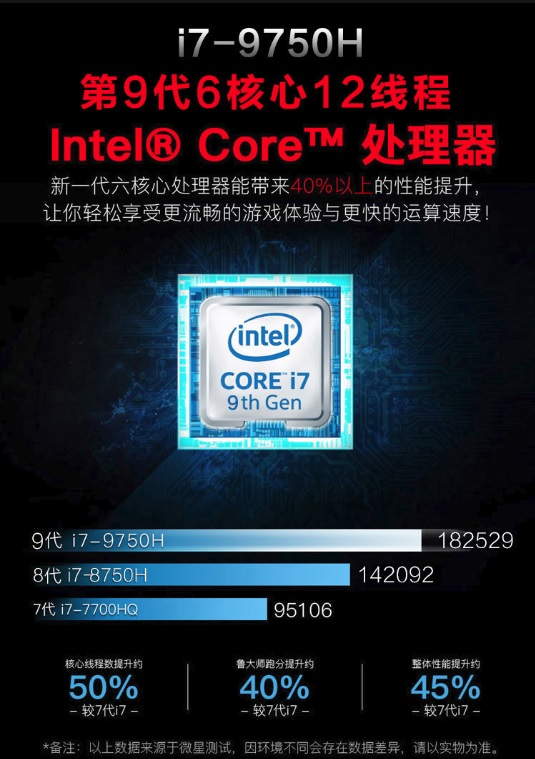 The slide also throws some fps rates of some popular titles such as GTA5, League of Legends, PUBG, Assassins Creed and Fortnite. However, the slide didn’t share the resolution on which this figure has been achieved.

The new products are expected to be available at some point this year. However, there are no details on the pricing as of now.

Destiny 2 Next Hotfix 2.7.1.1 Patch Update Detailed Ahead of its Release